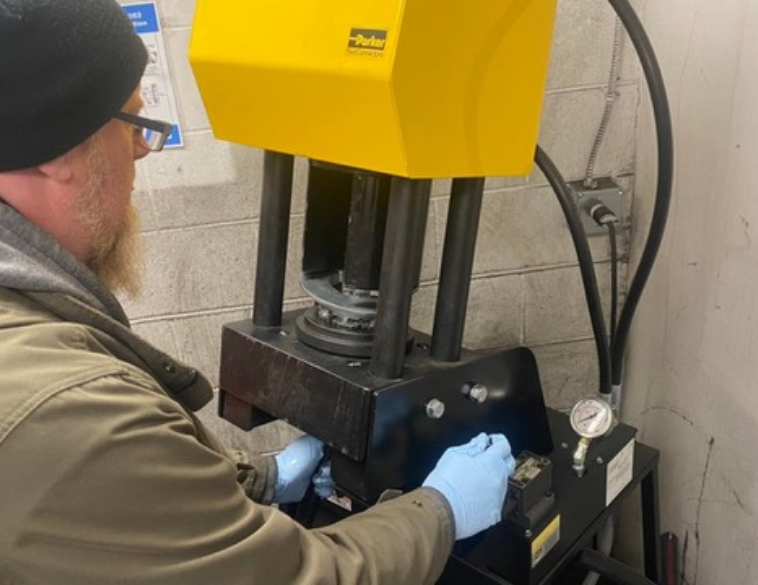 Employees of Lordco Auto Parts, offered their support for British Columbia flood recovery efforts by keeping the store in the hardest-hit area open and by donating to the Red Cross’ British Columbia Floods & Extreme Weather Appeal.

An extreme rainstorm that began on November 13, 2021, caused localized flooding in many parts of B.C., forcing many communities to declare a state of emergency and issue evacuation notices. One of the hardest-hit areas was the city of Merritt, located in B.C.’s Thompson Okanagan region. On November 15, city officials placed its 7,100 residents under an evacuation order.

“I did not know about the flood until the water was up beside the store. No more than a half-hour later, we were told to evacuate,” said Mike Coates, Lordco Auto Parts Manager of the Merritt, B.C. branch. “But as an essential service worker, I was allowed to remain behind.” Fortunately Coates’ own residence did not flood.

Coates returned to work on Thursday, November 18, but was not allowed to open to the public since the state of emergency was in effect. When he returned, he contacted city workers and emergency operation personnel, letting them know that he was at the store and ready to help them keep their equipment running. He even placed his mobile phone number on the door for people to reach him after hours.

“The first to contact me was city personnel. They needed batteries, work lights, and tools to keep up their 24-hour workdays. Then the road crews started contacting the store to find parts to repair their trucks,” Coates explained. “We also did some after-hours hydraulic hose repairs for equipment used in the recovery effort.”

It was not until December 6 that the store opened to the public. Employees are now back at work, except for a driver whose home is uninhabitable because of the flood damage.

“Our employees have faced many challenges over the last year: the ongoing pandemic, supply chain issues, and now flooding. No matter the challenge, they are always ready to go above and beyond to support their local communities. Likewise, we are always ready to support them and the communities in which we operate,” said Candace Gottschalk, Vice President of Human Resources at Lordco Auto Parts.

In partnership with the Canadian Red Cross, Lordco Auto Parts set up an online donation portal for employees wishing to donate to the British Columbia Floods & Extreme Weather Appeal the week before Christmas. Lordco Auto Parts also promised to match all donations made by employees.

“The response was overwhelming,” said Gottschalk. Employees donated $16,227, and once matched, the total donation made to the British Columbia Floods & Extreme Weather Appeal was $32,454.

“Seeing people’s water-damaged possessions piled up on the sides of the roads waiting for scrap pick up was heart-wrenching,” said Coates. “It will be a long time till life is back to normal for the people of Merritt but seeing people in town step up to help others and the donation made by Lordco Auto Parts gives me hope that things will get better.”

To support the Red Cross in its relief efforts, donate to the British Columbia Floods & Extreme Weather Appeal here.