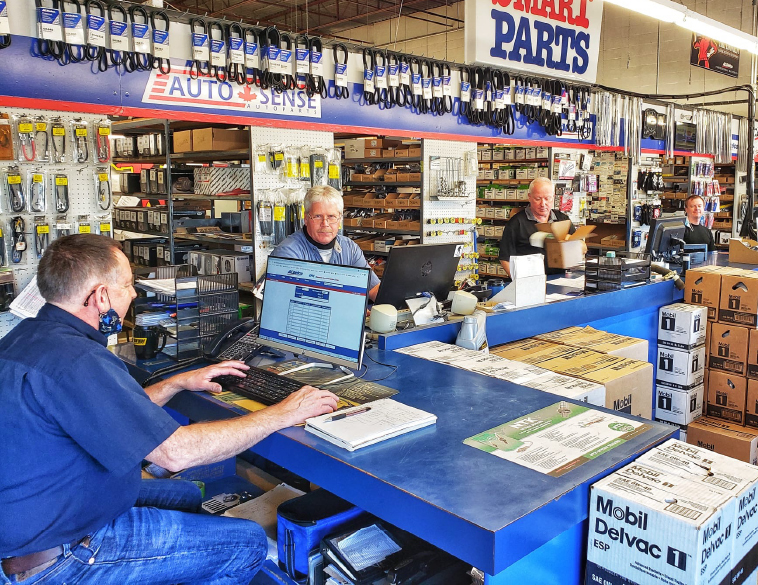 Action Automotive had been locally owned and operated since 1979.

In 1999, Gerald Lemke assumed ownership and grew the company with the help of his son, Gordon. Gerald started with the company while it was still under the Loveseth banner in 1968.

The company has built a strong reputation in Central Alberta, with a customer-first focus that has built a loyal customer base of valued clients in Red Deer and the surrounding area.

“This acquisition helps us with the Alberta corridor,” stated Derek Drews, COO APD.

“There are a lot of synergies with a distribution that will help our ‘Right part fast!’ promise in our Alberta locations.”

APD is the Canadian Distributor for Flo-Pro Performance exhaust.

The manufacturing plant is in Blackfalds, AB. and even though APD ships this product across Canada, they have not had a physical branch presence in this nearby market.

Being the 3rd largest city in Alberta, Red Deer made sense as the next step in APD’s growth.

This is the fifth branch for APD, which already operates in Calgary, Edmonton, Lloydminster, and Saskatoon.

“We are very comfortable with the quality of staff at Action Automotive,” stated Zara Wishloff, President of APD.

“I got to know Gordon Lemke over the years at many industry conventions. We are pleased that he is staying on with all his staff. Clients should not experience any changes, in fact we will be adding a few new lines, training offerings and programs that APD has been known for, so the Red Deer market will benefit.”

Action Auto’s front counter staff combines for over 100 years of experience in servicing central Alberta, and includes John Derksen along with Kevin Curtis, who has been a key member of the team since 1978. The company has consistently put the customer first for over forty years and will continue to grow with the new synergies that APD brings.”