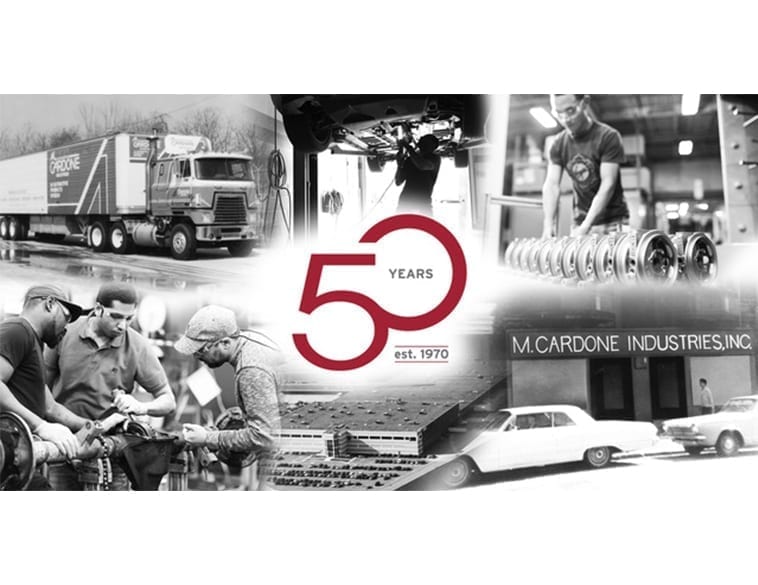 CARDONE, established in 1970, has completed 50 years in the industry. (Photo: CARDONE)

CARDONE Industries, established in 1970, is celebrating its 50-year milestone this year.

The company has announced that it plans to continue innovating, re-engineering and building on its sustainable business practices, well into the next generation.

CARDONE is currently headed by CEO Mike Carr who is taking the company forward in 2020. Carr has the help of an executive leadership team that consists of experienced CARDONE professionals, as well as newly hired industry veterans.

The company has created a new Board of Advisors to aid the efforts of its executive leadership team. Members of the board include Dan Langdon, an industry veteran and former CEO of East Penn; Mark Blinn, a board member of Texas Instruments and former CEO of Flowserve; and Benjamin Duster, who has held key executive positions in various industries. Pierre McNeil and David Levenson, members of the leadership team of, Brookfield Asset Management—the new owner of CARDONE—are also part of the board.

On February 11, the new Board of Advisors conducted their first meeting. The board will consult with CARDONE’s executive team and monitor its performance, holding meetings every quarter.

“Each team member brings valuable skills, experience and insight that will broaden our perspective and advance our strategic plan as we launch into CARDONE’s next 50 years of industry leadership,” said Mike Carr, CARDONE’s Chief Executive Officer. “CARDONE’s entrepreneurial roots, sustainable mission and re-engineered leadership team are the ingredients that will propel the company forward and continue our tradition of helping our customers win.”