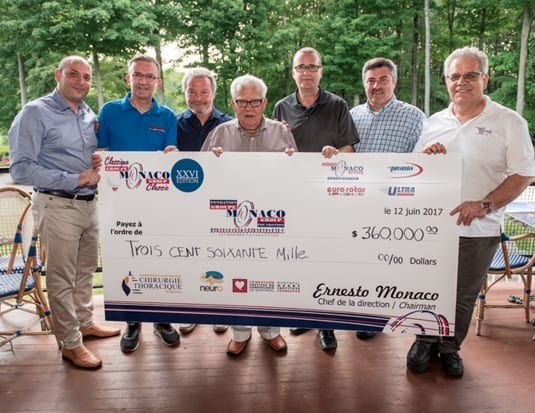 On June 12, Monaco Group hosted its 2017 golf tournament at the prestigious Le Blainvillier golf and country club, in Blainville, Que.

As a charity event, funds raised from the tournament go to the Monaco Group Foundation, which helps support worthy causes.

This year, funds raised from the event will go towards research and treatment for heart disease.

With over 200 attendees gathered for the dinner reception following a fine day on the course, the Monaco Group Foundation announced that it had raised $360,000 among supporting members and partners.