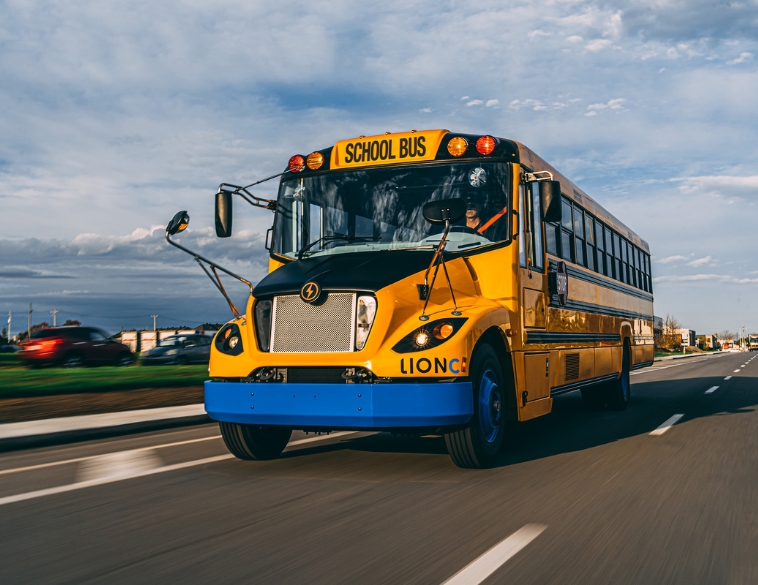 Mount Desert received a U.S.-manufactured Lion bus built at the Company’s recently opened factory in Joliet, Ill., which will initially focus on the production of all-electric school buses. At full scale, this facility is expected to be able to produce up to 20,000 medium and heavy-duty vehicles annually. Deliveries were also completed to Wabaunsee County Schools in Kansas and Big Valley Joint Unified School District in Northern California.

“It is very exciting for us to be delivering our first “Made in America” LionC funded by a grant under the EPA’s Clean School Bus Program. We could not be prouder to deliver this LionC electric school bus to Mount Desert Island Regional School System, one of our repeat customers to which we started selling LionC buses in 2021,” said Nate Baguio, Senior Vice President of Commercial Development at Lion Electric. “We are pleased to be supporting Mount Desert, in both their adoption of zero-emission school buses and their commitment to the health of the students and the community,” he continued.

Along with the delivery of the bus, Lion can ease the transition to zero-emissions with a comprehensive set of ecosystem solutions – from charging infrastructure with LionEnergy, proprietary EV telematics with LionBeat, financing assistance with LionCapital Solutions, driver/maintenance/safety training from Lion’s BrightSquad and funding support assistance provided by the LionGrants team.

Launched in mid-2022, the EPA’s Clean School Bus Program announced its first round of awarded school districts in October, nearly doubling the $500 million originally allocated to $913 million due to resounding interest in the program. Vouchers awarded in this initial round of EPA funding are conditional on buses being ordered from October 2022 to April 2023 and charging infrastructure being installed and vehicles delivered by October 2024.

To date, Lion–which announced in November the production of its first “Made in America” school bus in its Joliet factory–has deployed over 800 all-electric medium and heavy-duty vehicles which have covered over 10 million miles in real-world conditions. Each Lion all-electric bus put into operation can eliminate up to 23 tons of greenhouse gas emissions per year, while preventing students from exposure to hazardous particulate emissions from diesel engines.