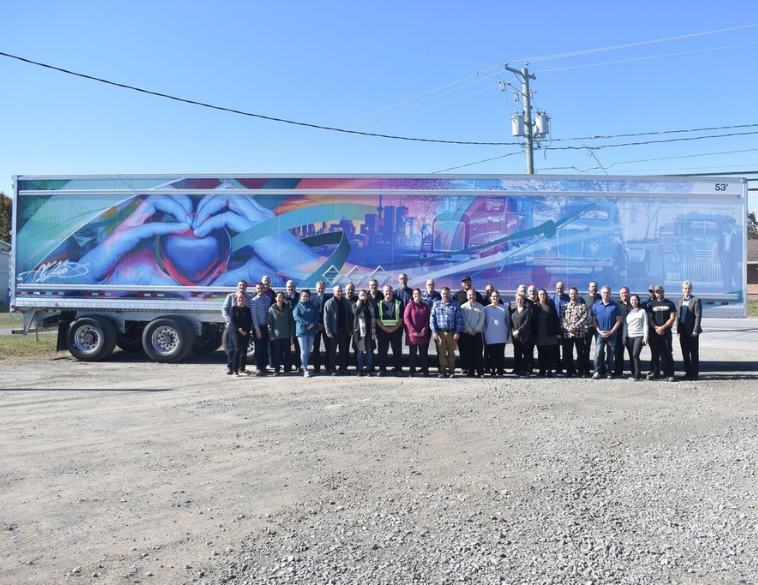 In October, Groupe Morneau celebrated its 80th anniversary by hosting part of the Toronto terminal team at their St-Arsène terminal.

It was a great time to create some connections between the two teams, as well as marking the beginning of their 80th anniversary trailer tour.

With a fourth generation at the head of the company, Groupe Morneau proudly displays its family heritage. A local company with international influence, it has been crisscrossing the province and the country since 1942.