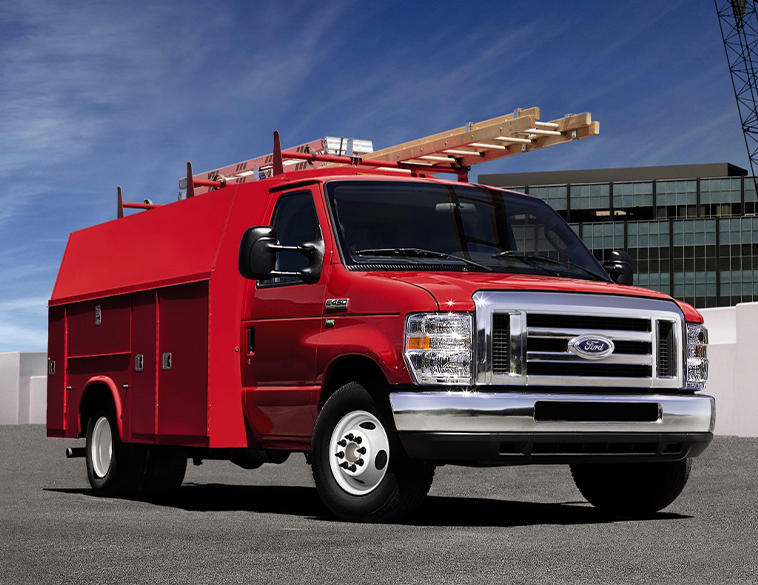 Avoid unnecessary headaches and costs by planning your upfit and doing your homework.

One of the common mistakes Christopher Hall, Regional Engineering Manager for Holman Enterprises, sees when dealing with up-fitting is a lack of research and planning on the part of the fleet manager.

Sometimes, this is due to the fact that the fleet manager is new to the industry, or not as familiar with work trucks as he or she should be.

“Someone who is new to fleet may not fully understand the subtle differences of the various trucks and vans available,” Hall says.

“They’re new to the industry and they think that a truck is a truck.”

Sometimes, he says, they order a truck based on specs from a previous year, and then that truck is worked beyond its intended abilities.

“That’s when maintenance and repair costs go up,” Hall explains. “The truck can’t handle the weight for the intended application.”

Sometimes, Hall sees customers who want a specific vehicle because they’ve seen their competition using it.

“But that doesn’t always make sense,” he says.

“Your trucks might be driving 15 miles a day, whereas your competitor is using their truck to cover more than 400 miles a day. So you’re going to need a truck for a completely different purpose.”

Another key mistake is looking at only the initial upfront cost of a vehicle, and just going with the cheapest option.

“It may look good on paper,” Hall explains, “but if you go cheap, you may not be getting the quality, and in the end, you’ll be paying for it with repairs and breakdowns.”

You’ll also want to follow the same adage when it comes to the up-fitting equipment you plan to install on the vehicle.

The least expensive option may not be the best option.

“When it comes to up-fitting and equipment, fleet operators tend to favour the cheapest option, but those components tend to break down quicker and they end up costing more in the long run,” Hall explains.

On the vehicle side, Hall says he often sees some fleet managers comparing two very different trucks—one more expensive but able to do the job, the other much cheaper and not up to the task at hand.

“‘It’s still a pick-up truck,’ they reason,” Hall explains, “but that less capable pick-up won’t last as long, because it isn’t a match for the intended job function and will likely be overworked.”

On the equipment side, Hall strongly recommends going with established brands that are large enough to supply your fleet with your needs, as well as provide replacement parts when necessary.

“For most vocational fleet operators, their vehicles are essential tools that support their company’s daily business operations. Typically, uptime and reliability are paramount,” Hall explains.

“Therefore, it’s really about going with the higher-quality brands that stand behind their products, and if you have any questions or troubleshooting issues, they’ll be there for you.”

As for advice on the “do” side of the equation, Hall recommends that fleet managers work closely with their drivers, as well as those using the vehicles on a day-to-day basis, before making any up-fitting decisions.

“New fleet managers will sometimes say, ‘We did this with my previous fleet, so I’m going to run this new fleet the same way.’ But nine times out of 10, it’s a misstep,” Hall says, “and it’s going to end up costing you money.”

Rather than making we-used-to-do-it-this-way decisions, Halls says fleet managers need to get into the field, get their boots on the ground, talk to the drivers and see how they’re using their trucks.

That said, you don’t want to go to extremes and end up catering to the needs of one particular driver. Instead, consider the needs of all your drivers.

“I think fleet managers were taking too much input from drivers and their individual needs and not looking at the fleet as a whole, and trying to find a package that suits everybody,” explains Stephanie Celli, Account Manager, Foss National Leasing / LeasePlan Canada.

“It’s not going to be perfect for everybody, but if you can decide on one main package then it keeps most of the drivers satisfied and it keeps costs down.”

When the time comes to remarket your vehicle, Celli recommends leaving your upfit equipment on it, rather than ripping it out and reusing it on your next vehicle.

“Let’s say you have a commercial van that had all the shelving removed and now has nothing in it,” she explains.

“That’s worthless at auction. Plus, you’ll want your new truck to benefit from new equipment, new technologies, and lighter racks and bins.”

Whether you’re a new fleet manager, or whether you’re working with a new up-fitter, Hall recommends doing a pilot review to make sure the vehicle and its upfit work the way you want it to.

“Sometimes what looks good on paper doesn’t necessarily work as well in the field. A pilot review helps you ensure you’ve nailed the specs for the intended function, and gives you the opportunity to make changes if need be, before you decide to build out the rest of your 500 vehicles,” Hall says.

When it comes to maintenance, Hall says all fleet managers focus on preventive maintenance for their vehicles, but some overlook their up-fitting equipment.

“A lot of these items, like plows, for example, have oil that needs to be changed,” he explains.

“Fleet managers should get maintenance instructions out to their drivers because most of the drivers don’t know that their upfit needs to be serviced too.”

Hall offers fleet managers sound advice as we continue to deal with a global vehicle shortage.

“If you can’t get the vehicle you need for a specific job, don’t assume you can get something else and just make it work,” he says.

“I would recommend you keep the vehicles you have for the next 12-18 months and maintain them properly. If you do, 18 months from now you’ll likely be able to go back to ordering the vehicles you need, rather than paying an arm-and-a-leg for something else now and trying to get your drivers to make it work on the fly. It’s probably not going to work.”

Celli adds, “Delivery times are longer for vehicles, as well as for up-fitting equipment like racks, tonneau covers, caps and other equipment. You’ll want to order early, even over order, and be patient.”