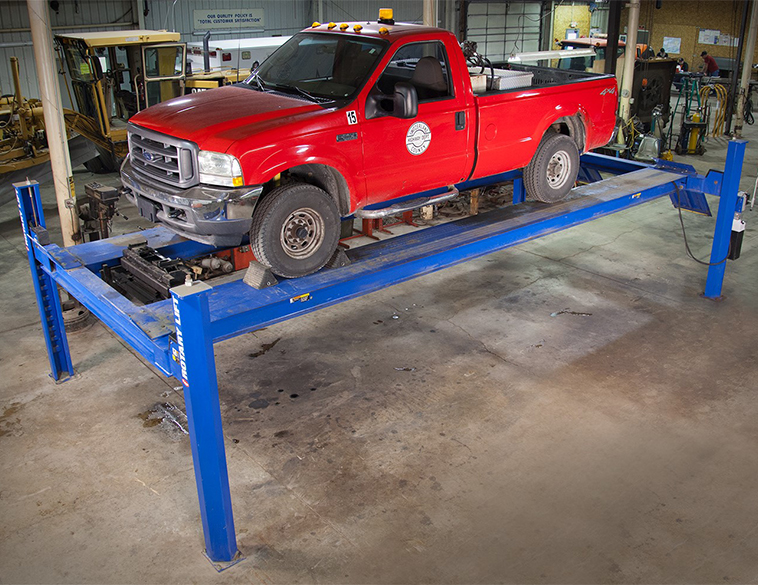 For many fleet managers, optimal replacement time for assets is a moving target.

In theory, every fleet manager wants to be able to dispose of older vehicles and replace them with newer ones when the total cost of ownership is at its lowest.

In practice, however, this is often quite challenging to achieve. Several influencing factors, ranging from budget considerations to vehicle availability and use requirements often mean that vehicle replacement gets delayed, which can have long-term ramifications.

Kicking things off, Vigneau explained that while fleets still seek out optimal replacement time for their vehicles, the current operating environment has made it even more difficult.

The COVID-19 pandemic has created a range of issues impacting fleets.

Not only do these include staffing shortages and a reduction in operations, but also budget shortfalls and challenges in actually obtaining replacement vehicles.

Total Cost of Ownership (TCO), which includes not only all fixed costs in running fleet operations, but also the operational costs of using those vehicles, plus minor incidental and day-to-day costs, such as car washing and toll charges, can vary considerably depending on how vehicles are used, where they operate and how frequently.

Vigneau said it was important to distinguish between TCO and Lifecyle Cost Analysis (LCA). Although both terms are sometimes used interchangeably, in actuality, “LCA is a methodology to determine TCO or total lifecycle costs of owning that particular asset.”

“In essence,” she said, “we calculate lifecycle cost by starting with the acquisition cost of the asset, add in all the fixed costs and add in all those operating costs. We then subtract the personal use payments (if you do claw those payments back from the driver), and that results in lifecycle cost.”

When the vehicle lifecycle cost has reached its lowest point, whether fleet managers can replace vehicles or not often depends on buy-in from senior management and decision-makers.

In essence, doing so requires having a sufficient budget available to cover the cost of replacing assets. If there isn’t as Vigneau acknowledged, then even best-laid plans fall by the wayside.

Vigneau recalled a case when as fleet manager, she was able to able to buy vehicles off standing offer at reasonable, below-market prices, run them for 3-4 years with a solid preventative maintenance plan in place and under warranty, then sell them at auction for almost the same price they were paid for when procured.

The program worked extremely well until the fourth year of operation when funding wasn’t forthcoming.

When that happens, fleet managers often find themselves in a situation where they are trying to play catch up and the longer it continues the harder it is to get caught up.

Such situations are commonplace, because as Vigneau acknowledged when times get tough, fleet replacement funds are often seen as an easy target for decision-makers.

And while situations like the COVID-19 pandemic have required funding to be diverted to needs such as PPE equipment, cleaning and sanitizing of vehicles and workspaces, plus technology investments to facilitate more remote working, diverting funds from fleet replacement is often, only a short-term solution.

Over time, if less money is available for replacing vehicles, it can result in multiple issues which tend to compound. These include more downtime, higher maintenance and fuel costs, driver shortages and lower operational efficiency.

Vigneau stressed that it was important for fleet managers to communicate with decision-makers, so both the short and longer-term impacts of delayed fleet replacement are properly understood.

When delayed replacement is inevitable, fleet managers then have to make informed decisions to minimize the impact it will have on fleet operations.

At all stages, active, clear dialogue between the fleet manager and decision-makers is key.

In larger organizations, it can take longer for decisions to be communicated to the fleet manager and therefore it’s important that even if the decision has been made, that the fleet manager understands the impact on both their available capital and operating funds as quickly as possible.

Taking steps to mitigate the impact of delayed fleet replacement, by creating models that show potential “what if” scenarios can help both the fleet manager and decision-makers understand and quantify them, as well as clearly demonstrating that the impact of short-term decisions grows exponentially over time.

One way that fleets can help offset the growing costs associated with delayed fleet replacement is by modifying or reducing services.

Kate Vigneau pointed to some examples at the municipal level, such as moving garbage collection to every two weeks instead of operating a weekly service.

She also referred to a particular case where a snow-plow fleet, in addition to regular clearing following snowstorms, also removed the snow windrows at the end of driveways as part of the service.

A cost analysis determined that $3 million could be saved by not removing windrows but in order to do such things effectively, such decisions must be effectively communicated with those citizens or customers who will be directly impacted by this reduction in service.

“Before even suggesting that kind of service level reduction, however,” said Vigneau, “fleet professionals have to make sure that their house is in order. And one of the ways to do that is a fleet utilization or right-sizing review.”

In essence, this means taking a long hard look at the assets currently on charge and seeing if you have enough equipment on hand to fulfill requirements or, if you have more vehicles than you actually need, what utilization rates are.

This can help ensure fleet managers don’t prematurely replace lightly used vehicles, which can be substituted for those that have been more highly utilized.

Vigneau also suggested that fleets consider purchasing lightly used vehicles where needed, as well as exploring other options, such as using rental vehicles for specific requirements, providing a mobility allowance for employees, or even encouraging the use of public transit in some situations.

In order to facilitate accurate and effective decisions, fleet managers need a sophisticated points system that factors in aspects such as vehicle age, mileage, condition annual and cumulative maintenance spend.

“By allocating points,” said Vigneau, “you can identify which vehicles, should truly be prioritized for replacement when funds are going to be short.

You should stick to that plan as closely as possible,” explained Vigneau, “using a priority point system, and then make changes to that plan to reflect the new reality.

Once you’ve made those adjustments to the plan” she said, “decision-makers should be informed of the impact on costs, and the risks associated with further reductions.”