While there is currently a great deal of discussion about accelerating EV adoption, particularly among advanced nations, how it will actually play out in the coming years remains to be seen.

Currently, some of the biggest challenges for EVs centre around the infrastructure that supports them including the electrical grid and charging options.

To try and delve deeper into some of these topics and discover how EV infrastructure is evolving, Autosphere.ca interviewed Eric Mallia, Vice President, Geotab Energy. Here’s what he had to say.

Regarding obstacles in developing an efficient and cohesive charging infrastructure

Autosphere: What are currently some of the biggest obstacles remaining in developing a charging infrastructure for EVs?

Eric Mallia: What we are focusing on is that within the electrical grid infrastructure needed to support EV charging, whether it’s residential and/or commercial locations, where the potential is for pinch points created on the grid by EV clustering.

For the average EV owner, this probably isn’t something they’re thinking about—instead, they are looking at when driving the vehicle where can they charge it and if those charging facilities are adequate to fit their needs.

But, as battery technology improves and battery costs come down, the actual need for public charging (in theory at least) becomes less. Therefore, in that context, we need to ensure that there is the ability to go on long trips and that people are comfortable that they can find charging.

As a result, where a lot of time and energy needs to be spent is thinking about investments around the electrical grid and how to support that with all the charging that is going to come online and where the potential exists for pinch points to ensure it all works properly.

EM: Let’s take my personal situation. In my case, I currently drive a Tesla Model 3 and I have a 100-amp panel in my garage, so I was able to set up my charging station there.

I currently own just one EV but if I were to add a second EV as a family vehicle, currently there is no way I would be able to charge it at home using that same 100 amp panel—I would need to upgrade to a 200-amp panel.

This logic also applies when you go outside the home and you think about a distribution transformer that is supporting, let’s say 10 homes. And often, those are 50 KVA or 100 KVA transformers that were not designed with EVs in mind. So, if you now have three, four or five BEVs charging on that one transformer, that adds a lot of stress to the electrical grid.

To alleviate that problem requires bulking that electrical grid infrastructure, and or investing in managed charging and having folks charge at times when it doesn’t add that stress to the grid. 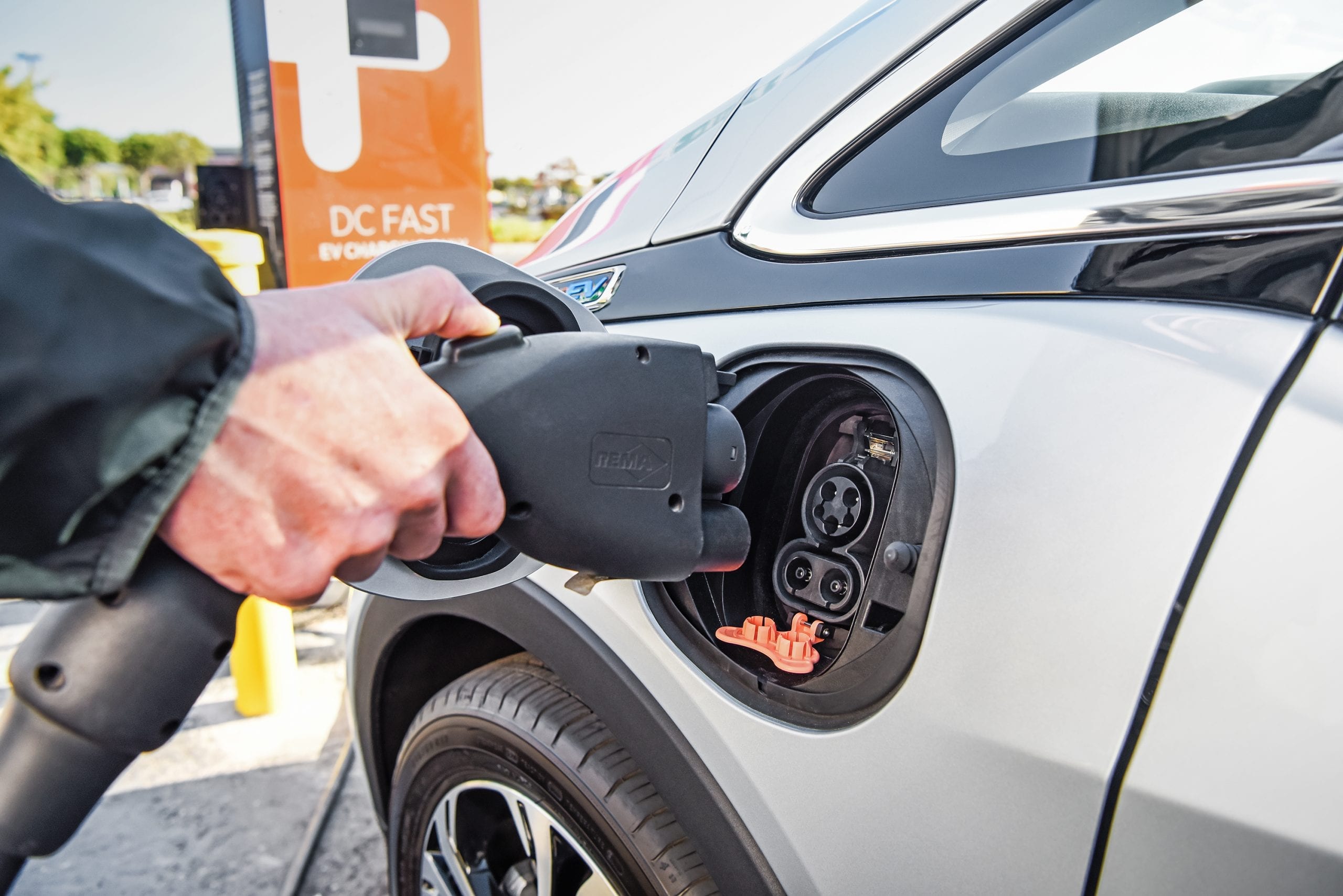 It’s not only the infrastructure but the way EV charging is managed will be critical to successful operation in the future. Photo: General Motors

AS: From what we understand one solution is what’s called “managed charging.” Can you explain a little about that?

EM: In our research, we have been able to identify some benefits for managing the grid that is called avoided capacity cost benefits or avoided energy cost benefits.

What this essentially means is that for every kilowatt we do not add to the system at peak times, there is a monetary benefit to that. Therefore, we do not have to add capacity, whether it’s more powerplants or substations or more transmission or distribution capacity.

Every region and every utility has the ability to calculate what are the dollars per kilowatt on peak value that they could capture by managing EV charging. So, instead of building more infrastructure, if we can intelligently manage electricity usage with smart charging, we can determine the monetary value.

What we’ve discovered is that this monetary value has a range from $80 per kilowatt-hour up to $300 per kilowatt-hour depending on the region, grid and infrastructure currently in place. When we think about building a business case for managed charging, we really look at the economics of taking a kilowatt of peak charging load off the charging system and putting it somewhere else.

Therefore, we need to ask ourselves, how much money can we attribute to that value and, if we can do that, how the ratepayers who are helping to pay for the maintenance of the electrical grid can benefit from doing that.

Essentially, what EV-managed charging does then, is shift the charging load away from peak times and capture that avoided capacity cost-benefit so that the ratepayers do not have to bear the burden of building more infrastructure because we are managing electricity consumption more intelligently.

AS: Are there any particular regions or countries where grid modernization will be critical to ensure effective EV operation and why is that?

EM: If we look at the U.S. market as an example, there are certain areas of the country where more vulnerability from EV charging exists along with a greater risk of EV clustering or pinch points.

This particular program is thriving because the economics make a lot of sense and EV owners are really excited to participate in that program and receive smart charging rewards for charging their vehicles at off-peak times.

AS: There is also the natural disaster element to consider as well isn’t there?

EM: Natural disasters or climate events can have a very significant impact on the electrical grid and an important consideration is how EVs could provide services during those times to alleviate pressure on the grid.

If we think back to the wildfires in California in 2020, a net result of that was rolling brownouts and blackouts in different communities due to the amount of stress on the grid. At the time, utilities in the state were asking people to consume less electricity—and with more managed EV charging that is something we could deploy—what they call a dispatch—during an extreme event like that.

So, in areas where you see things like wildfires in California or other parts of the West Coast or large storms or hurricanes you can get in the East—the result can create havoc on distribution infrastructure.

Therefore, the ability to alleviate grid stress through initiatives like managed charging can become extremely valuable. And when you start to think about which regions are more susceptible to these climatic events, it allows you to focus on developing solutions to reduce the impact of these challenges on the electrical grid and EV operation.

Impact of EV development and technology

AS: How has EV development and technology impacted both charging and appeal among consumers and fleets?

EM: Earlier, we talked about long-range driving with EVs and what we see today is that battery costs are coming down, while at the same time we are seeing larger battery packs in the latest generation of vehicles that also require less time to charge.

This is a big factor for consumer convenience and also confidence in EVs for both consumers and fleets. Geotab Energy did some research to understand how EV charging has evolved. If we look at data from 2014 until 2019 for example, the average EV charged twice as fast as it did five years earlier.

If EVs can charge faster, and go longer distances, their appeal increases, and so does the adoption rate. That can ultimately present either bigger problems or bigger benefits depending on how you “manage” charging.

AS: As the EV fleet is predicted to swell, how is the dynamic of EV charging likely to change in terms of availability, time to charge and revenue generation?

EM: At Geotab Energy, a major focus has been providing the opportunity for EV users or EV fleets to not be part of the problem but rather part of the solution.

Doing so, however, requires understanding the value equation that EVs bring as well as providing people with the tools and opportunities that allow them to demonstrate that.

One thing that is certainly helping is that because EVs are now boasting greater driving range, the fear of losing range or being stranded is becoming less of a concern.

We do know from looking at data that a lot of vehicles will do what we call pre-conditioning before they are used during the day. Better battery thermal management means that less energy is being depleted from the vehicle battery, allowing them to be used for longer periods between recharging.

This means less overall consumption from the grid and it’s something we’ve been tracking.

Regarding the impact of climate/weather on EV battery performance

AS: How does climate/weather impact charging ability/frequency in terms of the changes in EV battery performance?

EM: What’s interesting is there is a bit of a paradox—particularly in the winter months. When we look at really cold places, such as parts of Canada, we are seeing less driving distance from vehicle operators but more kilowatt-hours being consumed due to battery conditioning and/or efficiency.

As a result, the vehicle needs to be charged more frequently between trips so there is definitely an impact there. We know that the OEMs are working very hard—not only at the battery chemistry being more resilient in those conditions but the thermal management of the batteries themselves and finding new ways of doing that.

Battery chemistry and design are continuing to evolve and along with it, so will thermal management of those batteries.

AS: Are there any rough timelines you can provide in terms of delivering improvements to the existing EV charging infrastructure?

EM: Again, when we talk about infrastructure, there are a couple of ways to categorize it.

Where we at Geotab Energy are more focused on, is the electrical infrastructure to support all of that. Over the last six years, we have been working with utility partners to understand how EVs are charging on their grid and we launched Geotab Energy with 30 utility programs in place in North America.

Within these programs, utilities are collecting data and trying EV load management solutions to be able to offer scalable programs to their customers which we will likely see in the 2023-24 timeframe.

Therefore, in terms of managed charging really scaling up it is something we expect to see happening during the course of this decade. 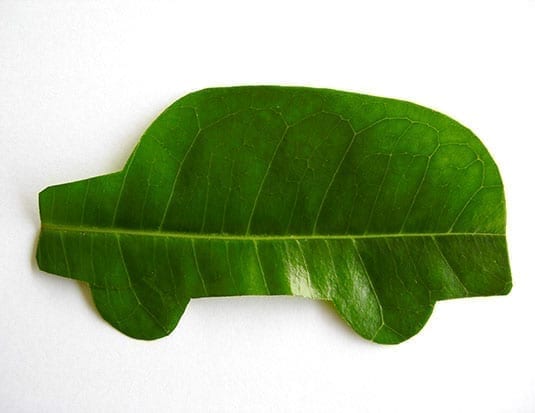