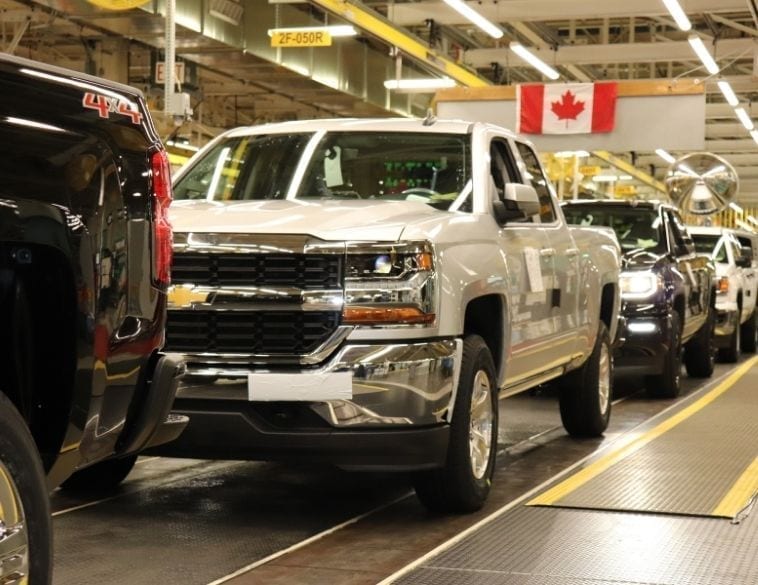 “Subject to ratification of our 2020 agreement with Unifor, General Motors plans to bring pickup production back to the Oshawa Assembly Plant while making additional investments at the St. Catharines Propulsion Plant and Woodstock Parts Distribution Centre.

GM’s planned new investments will include C$1 billion to C$1.3 billion at Oshawa Assembly with the expected hiring of 1,400 to 1,700 hourly workers; C$109 million in St. Catharines to support added engine and transmission production; and C$0.5 million in operations at the Woodstock Parts Distribution Centre.

Construction will begin immediately at Oshawa Assembly and will include a new body shop and flexible assembly module, to support a fast response to strong customer demand for GM’s new family of pickup trucks. Oshawa pickup production is targeted to begin in January 2022. Pickups are GM’s largest and most important market segment in Canada and across the continent. They also help GM fund our transition to the electric, autonomous and highly connected future we see ahead.

These new investments will come in addition to GM’s other recent investments in Canada, which include a C$28 million Renewable Energy Cogeneration project at St. Catharines; a C$170 million investment in an after-market parts operation in Oshawa; ongoing expansion of GM’s Canadian Technology Centre and investments in the new 55-acre CTC McLaughlin Advanced Technology Track, and GM Canada’s ongoing work in Oshawa to manufacture 10 million face masks for the Government of Canada.

GM Canada plans to continue discussions with the Ontario and federal governments. We look forward to working closely with Unifor on these projects following ratification of our tentative 2020 agreement.”