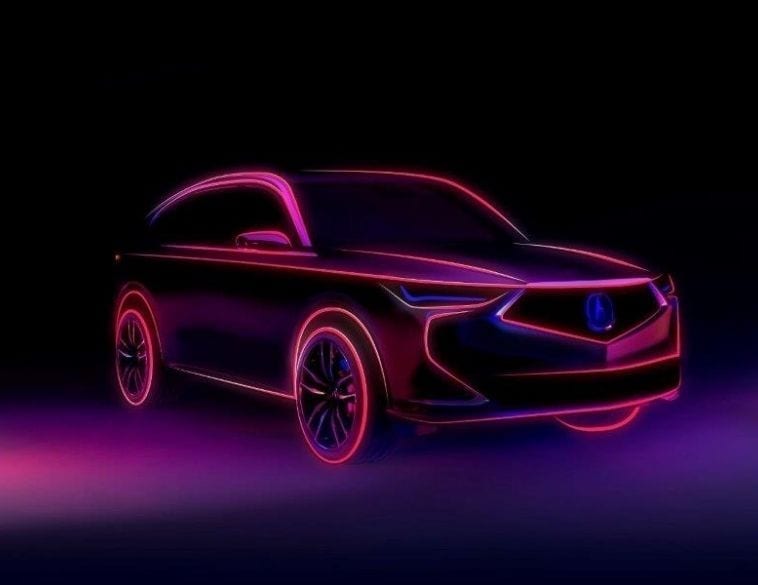 The fourth-generation MDX will assume the mantle as the brand’s new flagship. Photo: Acura

Acura is set to unveil the redesign of its 3-row luxury SUV.

The fourth-generation MDX will debute in prototype form Oct. 14.

A teaser image was relesased, highlights the sharply sculpted beltline running the perimeter of the wider, lower and longer MDX, connecting the Jewel Eye LED headlights to the Chicane LED taillights.