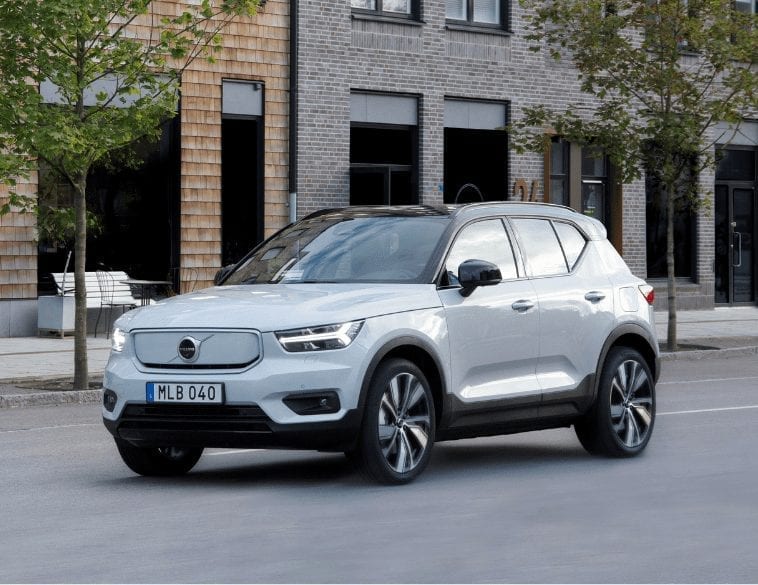 The first cars are scheduled to be delivered to customers in Europe later this month. Photo: Volvo

Volvo’s ambition is to reduce its CO2 footprint per car by 40 percent by 2025.

That same year, it expects 50 percent of its global sales to consist of fully electric cars, with the rest hybrids.

The first cars are scheduled to be delivered to customers in Europe later this month.

As a fully electric version of the XC40 SUV, the XC40 Recharge is based on the Compact Modular Architecture (CMA), an advanced vehicle platform co-developed within the Geely Group.

The all-wheel drive XC40 Recharge offers a projected range of over 400 km on a single charge and output of 408hp. The battery can charge to 80 percent of its capacity in approximately 40 minutes on a fast-charger system.

A Android-powered infotainment system offers customers personalisation, levels of intuitiveness and embedded Google technology and services, such as the Google Assistant, Google Maps and the Google Play Store. The XC40 Recharge also receives software and operating system updates over the air.

While building on the safety standards of the original XC40, Volvo Cars safety engineers have redesigned and reinforced the frontal structure to address the absence of an engine, meet Volvo’s high safety requirements and help keep people as safe as in any other Volvo.

The battery pack is protected by a safety cage embedded in the middle of the car’s body structure. Its placement in the floor of the car also lowers the centre of gravity of the car, for better protection against roll-overs.

Inside, an innovative approach to all-round functionality gives drivers plenty of storage space, for example in the doors and in the trunk. Because it has no internal combustion engine, the car gives drivers even more storage space via a so-called ‘frunk’ under the front hood.