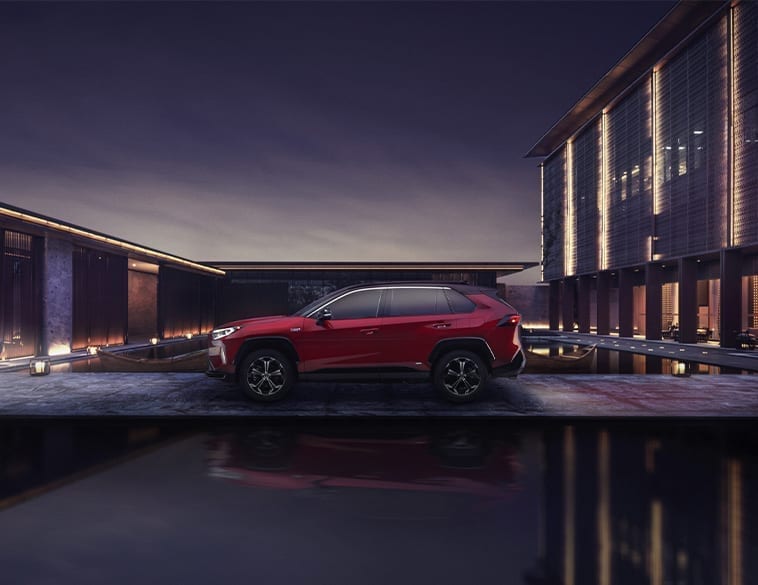 The 2021 Toyota RAV4 Prime will be available this month.

“By 2025, our goal is to have an electrified option of every model we sell and have those vehicles represent 40 percent of our sales. We will achieve that through a combination of performance, styling and price,” said Cyril Dimitris, Vice President, Toyota Canada Inc. “The RAV4 Prime is an excellent example of going beyond a no-compromise approach to electrification and delivering big benefits to drivers.”

While there are many qualities about the RAV4 Prime that will impress drivers, the most surprising may be how affordable this vehicle can be. Before any applicable incentives, the RAV4 Prime starts at $44,990 – just $2,200 more than the top-grade RAV4 Hybrid. This makes it an easy decision for RAV4 Hybrid customers to step up to Prime. With federal and provincial rebates factored in, the RAV4 Prime becomes even more compelling for buyers.

The vehicle’s plug-in hybrid system generates 302 system horsepower and rockets the RAV4 Prime from 0-100 km/h in just 6.0 seconds, making it the second-fastest vehicle in the Toyota lineup after the GR Supra. The powertrain also delivers electric, on-demand all-wheel-drive and a towing rating of 1,134 kg (2,500 lbs).

The 2021 Toyota RAV4 Prime joins the RAV4 Hybrid as the second electrified RAV4. With RAV4 Prime’s launch, Toyota’s electrification strategy has grown from a single model in 2000 – the Prius– to a selection of 10 vehicles in a range of market segments.

The RAV4 Prime is built on the current generation RAV4 Hybrid – adding more powerful motor-generators, a newly developed high-capacity Lithium Ion battery and other powertrain enhancements. The result is Toyota’s most powerful and quickest RAV4 in history, while also being the most fuel-efficient.

More than just a power source, the plug-in hybrid powertrain’s high-capacity battery is positioned in the vehicle to help lower the centre of gravity, enhancing driving stability even as it doesn’t infringe on interior space. With an electric vehicle range of 68 km and a top speed of 135 km/h in EV mode, many daily trips can be made without using a drop of gas. Meantime, the 6.6 kW on-board charger shaves recharging time down to well below three hours on 240V.

The 2021 RAV4 Prime goes on sale on August 13th, 2020. Similar to the introduction of the Prius Prime a few years ago, the 2021 RAV4 Prime will begin its national rollout in Quebec. In 2021, the vehicle will become available in British Columbia and then the rest of Canada at Toyota Dealers.