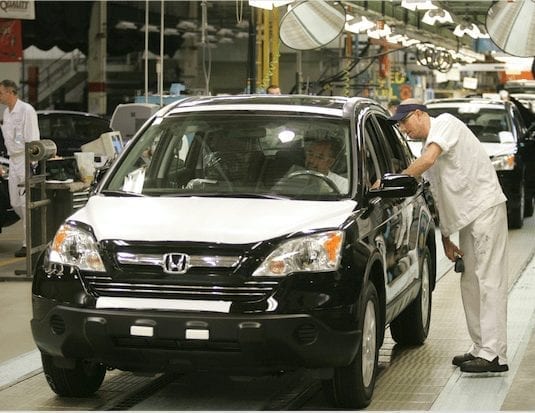 The members and directors of the Japan Automobile Manufacturers Association of Canada (JAMA Canada) have placed their support behind the Comprehensive and Progressive Trans-Pacific Partnership (CPTPP).

JAMA members and directors said they commend the Minister of International Trade, François-Philippe Champagne, and the Government of Canada for being a signatory to the historic Comprehensive and Progressive Trans-Pacific Partnership (CPTPP) multilateral trade initiative signed in Santiago, Chile on March 8.

“For JAMA Canada and our members, CPTPP is simply a matter of fairness which will allow our members to compete on an equal footing with all other importers in the Canadian market,” said David Worts, Executive Director of JAMA Canada. “We are looking forward to the early ratification and implementation of the agreement.”

Canada’s Japanese-brand auto manufacturers built more than 1 million light duty vehicles for the second year in a row, according to figures released last month by JAMA Canada. The total output of 1,009,203 units represents an estimated 46 per cent of total Canadian light vehicle production for 2017.

“The approved CPTPP sends a strong and positive signal to our members, dealers and customers as well as Japanese investors that Canada is not only creating a competitive market in Canada, but also pursuing diversified trade and business opportunities with other countries around the world,” said Worts.  “For the Canadian auto industry, CPTPP will provide guaranteed, preferential market access to Japan and other CPTPP members, an improvement over the original TPP.”