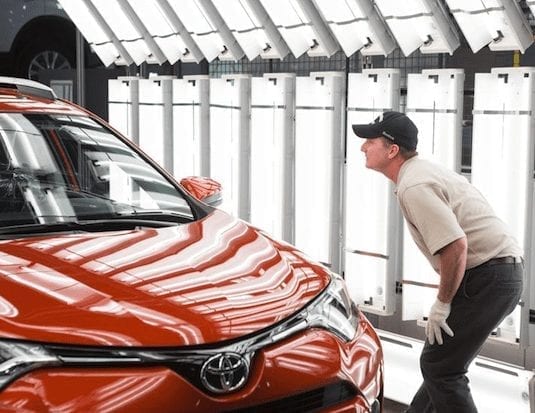 Production by Canada’s Japanese-brand auto manufacturers topped 1 million light duty vehicles for the second year in a row, according to figures released this week by the Japan Automobile Manufacturers Association of Canada (JAMA Canada).

Total output of 1,009,203 units represents an estimated 46 per cent of total Canadian light vehicle production for 2017.

Since 1986, Japanese automakers have invested more than $12 billion to create vehicle manufacturing and assembly plants. Today, there are more than 60 Japanese auto parts plants operating in Canada. The country has been a net exporter of Japanese-brand vehicles since 1993, with over 4.7 million net vehicle exports. In 2017, Canada exported four times the number of Japanese-brand vehicles imported from Japan.

“Japanese automakers and Canadians have built a strong partnership together for more than 50 years,” said Larry Hutchinson, Chairman, JAMA Canada & President, Toyota Canada. “JAMA Canada members are committed to continuing to deepen and grow that partnership through ongoing investment in vehicle and parts manufacturing, distribution, sales and service infrastructure, and employment growth.”

A 2017 study by Greig Mordue and Brendan Sweeney at McMaster University, estimates the Japanese-brand auto industry in Canada supports more than 200,000 jobs across Canada through direct, intermediate and spin-off employment. The study highlights consistent employment growth with over 85,000 Canadians directly employed in the Japanese-brand segment of Canada’s automotive industry, an increase of nearly 70 percent over 2001. Between 2001 and 2016, employment growth in Japanese-brand and Japanese-owned automotive firms has greatly outpaced growth in the automotive industry itself, according to the study.