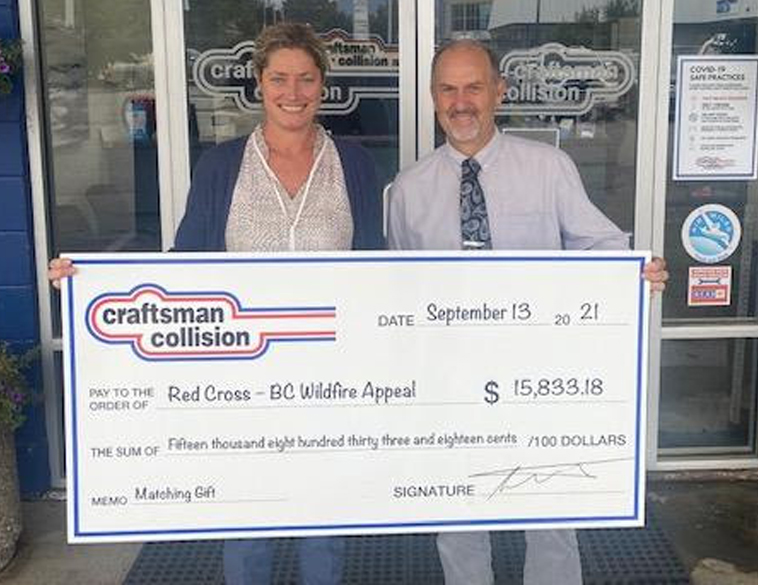 Craftsman Collision announced that as part of its ongoing commitment to giving back, it has partnered with the Canadian Red Cross to support the BC Wildfire Appeal campaign.

In mid-August, a 2-week matching fundraising campaign was launched through Craftsman’s social media channels, media outlets in the Okanagan and Craftsman employees.

The campaign raised $15, 833, with a very special thanks to Color Compass and BASF for kickstarting the campaign with a $10,000 donation.

Craftsman Collision is matching dollar for dollar to help those directly impacted by the fires in the communities where Craftsman does business.

“As a proud Canadian brand, Craftsman has been committed to supporting our local communities for more than four decades,” said Rick Hatswell, President.

“In these unprecedented times, we are continuing to give back in the best way we can, while encouraging others to do the same. We were thrilled with the results of our matching campaign which raised a total of $31,266 for the Red Cross who have worked so tirelessly supporting British Columbians affected by the devastating wildfires this summer. Thank you to all our staff at our Craftsman Collision locations in Kamloops, Kelowna and Vernon for helping make this fundraiser such a success.”