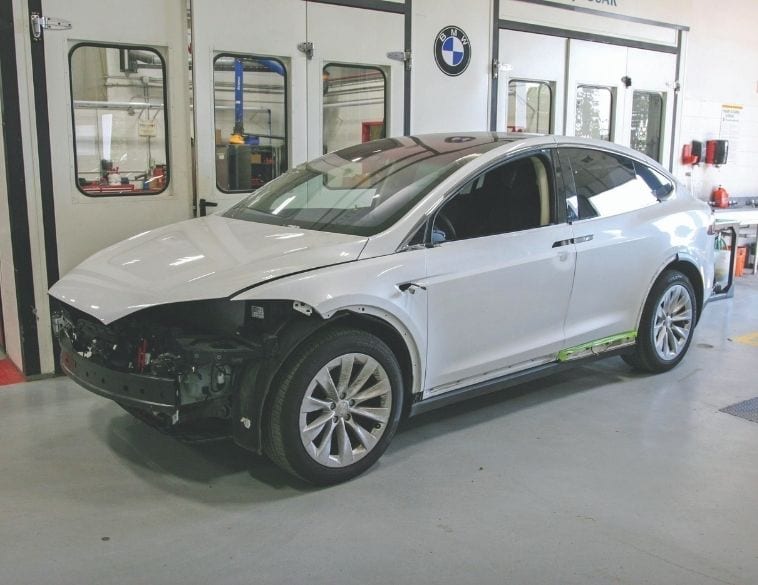 On August 21, General Motors announced that it was voluntarily recalling the remaining 2019 Chevrolet Bolt EV models not previously covered in an earlier recall, along with all 2020-2022 Bolt EVs, including the recently released EUV crossover variant.

The expected costs from this new recall are expected to run to at least $1 billion U.S., on top of the existing recall already underway.

In a statement, GM said that two manufacturing defects–a torn anode tab and folded separator within the same battery cell could potentially lead to the battery module catching fire.

Burned to the ground

In July, Vermont State Police1 released a photo of a burned Chevrolet Volt owned by State Representative Timothy Briglin—the car had caught fire and burned to the ground while parked at home in his driveway.

The issue is by no means confined to GM. Hyundai also recently announced that it was recalling approximately 90,000 of its Kona EV models, citing similar concerns of defective battery packs that could result in vehicles catching fire while parked, charging, or in motion.

There have also been other reports, including some highly publicized, regarding EVs catching fire while being charged in the garage at home2 or even just rolling down the street.3

While stories like these do grab the headlines, they also emphasize the need to exercise precautions when working on EVs.

For collision repairers that not only means understanding the specific requirements for repairs due to EV design and technology but also making sure appropriate safety measures are put in place.

As noted by Ryan Mandell in his column Major Shift, due to the weight of the battery systems, EV manufacturers tend to invest in lighter weight materials, such as aluminum and Ultra-High Strength Steel which are less repairable than conventional mild steel and—in some cases–not repairable at all.

Additionally, besides materials, there are also diagnostic and calibration considerations.

According to Mitchell International’s own diagnostics scan tool data, EVs have approximately 50% more fault codes than a typical 2015 and newer internal combustion engine vehicle and when it comes to the high-voltage electrical system, specific care must be taken when performing repairs.

Lithium-Ion battery systems that power most current EVs, are sensitive to temperature changes and too much temperature can lead to Thermal Runaway, whereby battery cell pressure and temperature increase, coinciding with the release of flammable gases.

The resulting condition can cause the gas to ignite, making for a very hot and difficult to control fire.

When it comes to EVs, research has demonstrated that among the most effective ways to put out lithium-ion battery fires is not by using water but by utilizing a device such as a special car blanket that can be placed over it, depriving the fire of oxygen.

A test conducted by Bridgehill in conjunction with Centro Zaragoza in Spain and the local fire department demonstrated that by applying a 6 m x 8 m blanket over a burning Nissan LEAF, firefighters were able to distinguish the blaze relatively quickly.

While the risks of fires like this are relatively small, if they do start, they can cause a tremendous amount of damage.

This is why in a collision repair shop environment, OEMs frequently recommend removing and isolating the battery packs prior to performing any major repair work. Also, when it comes to the painting and curing stage of the repair, specific observations must be made.

In an interview with Autosphere.ca, Les Pawlowski, General Manager for Symach in Canada, mentioned that when it comes to refinishing and curing, shops must follow OEM recommendations when it comes to curing EVs.

“In most instances, the temperature cannot exceed 120 degrees for a specific length of time, usually around 45 minutes,” he says, noting that each OEM does have specific recommendations.

Also, when it comes to technology such as Robotic Drying, of which Symach is a leading provider, company President and Founder Osvaldo Bergaglio notes that it in many aspects is not only smarter but safer when it comes to working with temperature-sensitive products such as EVs.

“One of the advantages of robot-drying is that it does not raise the temperature of the entire vehicle, only the panel which is being cured,” he says.

Ultimately, when it comes to EVs the consensus is that extreme care must be taken when working on them and the unique considerations regarding their construction and technology must be factored into the repair plan from the very beginning.

Doing so not only reduces the potential risk of injury or damage but also facilitates a smoother, better and ultimately, more successful collision repair.