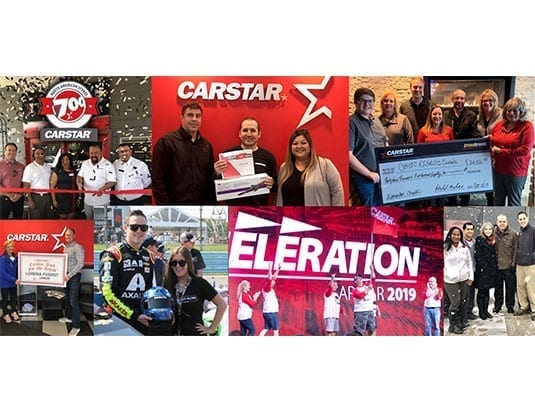 CARSTAR has announced that it has successfully concluded a banner year to close out its 30th-anniversary celebrations in 2019.

The network announced in a release that franchise partners across North America reported an average of 20 percent sales growth, which converts into more than $1 billion in profits. Additionally, the network welcomed more than 100 facilities in 2019, continuing its growth and expansion.

CARSTAR has been partnering with Cystic Fibrosis Canada and the Cystic Fibrosis Foundation for over 20 years now. The network announced in December that it was able to raise more than $400,000 for cystic fibrosis in 2019 alone. The total funds raised by CARSTAR crossed the $4 million threshold with the 2019 figures.

“Consistently putting customer experience and repair quality first, while giving back to the communities we serve are the founding values from 1989, that got us to this amazing position we are in today,” says Dean Fisher, President, CARSTAR. “Staying true to our humble beginnings is why we are able to celebrate such an exceptional year and coming off the heels of our 30th-anniversary celebrations makes 2019 that much more memorable for us all.”

CARSTAR celebrated its 30th anniversary in style throughout the year. The network thanked its customers, franchise family and colleagues for the support it has received over the years by doing something unique every month. Some of these activities are surprising 30 customers across North America by paying for their repair, celebrating its female franchise partners for Women’s History Month, rewarding 30 hardworking CARSTAR technicians, having NASCAR #88 driver Alex Bowman sporting a helmet drawn by winning cystic fibrosis champion and celebrating the opening of its 700th store, to name a few.

“We are grateful for our customers and franchise family, so it was such a joy to take a moment each month to celebrate our valued relationships,” notes Fisher. “We are excited to close out the year on such a high note and motivated to raise the bar for excellence even higher 2020.”

CARSTAR notes that as it hits the ground running in 2020, the theme for the network is excellence. It wishes to continue outperforming itself by staying ahead of industry advancements, supporting its growing franchise partners across all departments and raising valuable funds for cystic fibrosis research, care and advocacy.