Alignments… By the Book 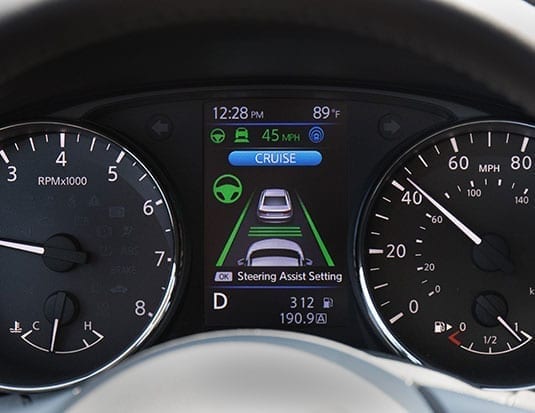 Today’s tech-heavy cars—like those with Advanced Driver Assistance Systems (ADAS)—need all kinds of TLC, and wheel alignment is no exception.

But as far as Dino Hatz is concerned, it’s a matter of getting back to basics. “Wheel alignment is not always thoroughly appreciated or understood,” says the Business Development Manager for Hunter Engineering Company. “On a vehicle with driver safety systems, the cameras or sensors themselves may have not been disturbed—but due to wear and tear or whatever’s happening on the underside of the vehicle, it can in effect change the safety system’s line of sight.”

It’s essential for the technician to establish where the car is pointing. “The adaptive cruise control and collision warning systems’ references are based on scanning down the road at 300 to 500 metres. They work on the same principle as the radar on a 747 jet liner, where microwaves are transmitted out and whatever bounces back indicates position and distance from objects in the trajectory of the vehicle,” says Hatz. The millimetre wave sensors must be aimed in line with the trajectory of the vehicle. If the thrust line has been altered by just one-half of a degree, that would translate into over two and a half metres off target at 300 metres forward.

Different manufacturers require different processes when calibrating the actual cameras and sensors. “There are even yaw sensors in cars now, which work like the motion sensor in your cellphone to determine if your phone is in an upright or landscape position,” says Hatz. “If these sensors don’t correlate with each other, they may initiate an ADAS shutdown resulting in the illumination of warning lights on the dashboard.”

In some calibration sequences, the vehicle must be test driven in a “learning mode” before it is returned to the vehicle owner. “The vehicle has to be taken out for a test drive by a technician for 10 to 15 minutes,” says Hatz. “They’ll typically have to drive on a highway with lane markings at highway speeds before the system is fully reinitialized and functional.”

Most resets for ADAS are “factory resets,” which makes wheel alignment a sensitive issue. Ron Racine, Training Manager, North and Latin America, Snap-on Equipment says this is a sensitive topic because it brings up the issue of liability. “If you’re doing only an alignment, then all you need is alignment equipment,” he explains. “But if you’re going to reset cameras and radar, then you’re going to have to purchase the OEM equipment. For example, with Volkswagen, they have trolleys and boards, plus you need scan tools.”

If a vehicle like an Audi S7 with a plethora of cameras and gadgets is in a frontal collision, those units would have to be replaced and the vehicle would have to go to a dealership to be recalibrated.

It’s also a matter of space. “The alignment bay is much larger,” says Racine. “To do all those systems, you have to put targets on the floor. It’s a complex issue that doesn’t lend itself well to a mass merchandiser or a smaller shop.

“There’s no easy workaround for these systems. When those cars come in and we have to address an ADAS or reset lane departure warning, it’s by the book, and you follow the procedure, line by line.”