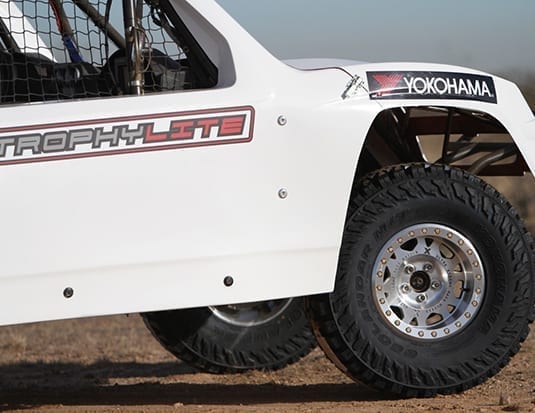 “The TrophyLite Series has grown tremendously over the years and it’s easy to see why. It’s an exciting desert racing series that’s designed to keep the cost of racing down so more people can do it,” said Fardad Niknam, Yokohama Tire’s Senior Director of consumer product planning and product marketing. “TrophyLite is an excellent fit for our GEOLANDAR M/T G003 tires.”

“The M/T is the perfect fit for TrophyLite, it is tough and offers great traction and durability,” said TrophyLite Owner Jason Cobb. “To have such an iconic company like Yokohama Tire supporting our series and our racers is absolutely amazing.”

Yokohama’s other off-road alliances include being the title sponsor of the 2018 Yokohama NORRA Mexican 1000 and the 2018 Yokohama Sonora Rally, as well as being the official tire of Horsepower Adventures. Yokohama is also sponsoring the GenRight Off Road Race Team in the 2018 Ultra4 series 4400 Class, and sponsored the SsangYong Motorsport team in the recent Dakar Rally.