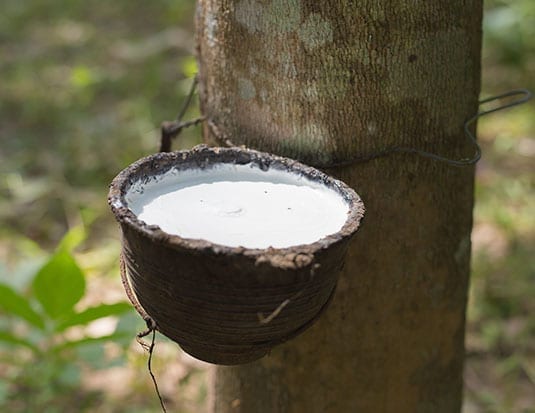 Tire manufacturers are warning of higher prices this year, and for good reason.

This year will leave consumers reaching deeper into their pockets for new tires, as tire prices are certain to climb this year. To date, most if not all tire manufacturers have announced price increases for nearly all vehicles, including recreational and even two-wheel vehicles, across all brands in North America.

Over the past several years tire dealers have experienced price deflation in the tire market, largely due to various factors including forex, supply/demand and global economic conditions. However, in late 2016, like a pendulum, the price abruptly began to change directions as tire prices took an upward turn.

Commodities
The reason for the rise in prices is multifaceted but put simply, the increase is a direct result of rising commodity prices. There are four main commodities used in the manufacture of tires: natural rubber, oil, carbon black, and steel. The following will help shed light on the skyrocketing commodity costs associated with the production of tires.

According to ANRPC, the twelve South Thailand provinces that comprise the “latex bowl of the world,” have experienced the worst flooding witnessed in the past 30 years. Natural rubber, which accounts for approximately 25 percent of the raw material costs associated with producing tires, has seen the sharpest increase of the major commodities used in the manufacture of tires.

Cost of crude
Additionally, OPEC’s deal to cut production, which commenced on January 1 of this year, is expected to compound the problem for the tire industry. This deal is anticipated to prevent oil prices from dropping to record lows seen in 2016. As a result, ANRPC’s analysis expects “a substantial rise in rubber prices during 2017.”

Furthermore, within the past year, the increasing cost of crude oil has propelled the price of carbon black to record levels. Even though oil has recently leveled off, price tags for this widely used black pigment continue to remain adamantly high. This has further compounded the hardships for tire makers, who consume the lion’s share of global carbon black.

Finally, we’re seeing price increases in the raw materials that make up high tensile steel, which further adds to the surging price of tire production.

As is evidenced above, the increasing price associated with these four major commodities, critical to tire manufacturing, represents the primary reason for the ascendant price trend we are currently experiencing. No manufacturer, small or large, domestic or foreign, is safe from the swelling costs of commodities as they relate to the manufacture of tires.