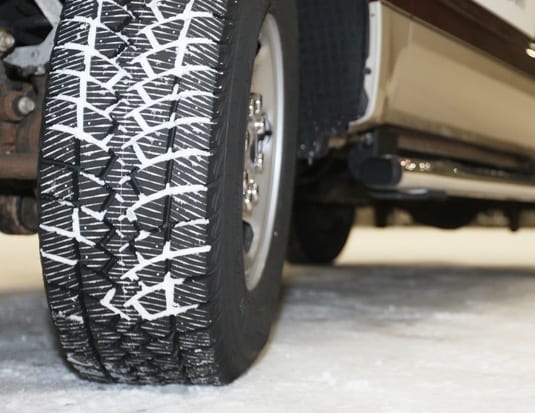 According to a recent survey by Leger for the Tire and Rubber Association of Canada (TRAC), Canadian drivers are adopting winter tires in record numbers.

Winter tire use by region, according to the survey:

– In Manitoba and Saskatchewan, usage has climbed 11 percentage points to 50%;

– In Atlantic Canada, usage has risen eight percentage points to 81%.

The survey also explains that among the 30% of drivers still not using winter tires, the belief that all-season tires provide sufficient traction (48%) and cost (23%) are the most common barriers to adopting winter tires.

“Drivers adopting winter tires in record numbers is fabulous news because it means Canada’s roadways in winter are becoming significantly safer,” says Glenn Maidment, President of TRAC. “However, the fact that three-in-ten motorists still do not own winter tires poses a threat to all motorists. This is why outreach to educate drivers continues to be needed. Every motorist needs to know that today’s high-tech winter tires radically outperform all-seasons in all cold-weather driving conditions and offer potentially life-saving benefits.”