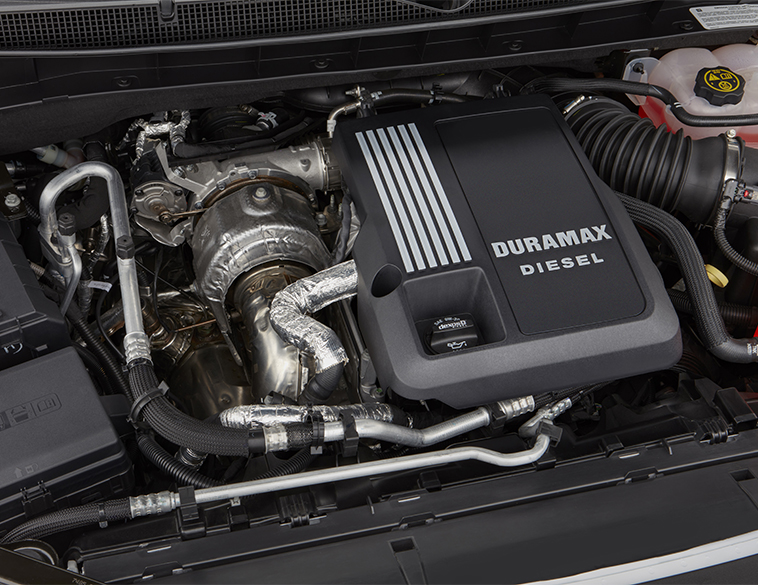 An easily caused issue, can often be significantly more complex to solve

Due to their inherent design characteristics, diesel engines have traditionally been more challenged to meet emissions targets, particularly in North America.

One way that OEMs have been able to tackle ever tighter standards is by introducing diesel exhaust fluid (DEF) systems, which inject urea and deionized water stored in a tank into the exhaust stream to lower tailpipe emissions.

DEF is highly corrosive so care must be taken when refilling the DEF tank.

Whether mounted under the hood as on some Duramax equipped General Motors diesel trucks or next to the regular fuel filler neck on many others, DEF causes all kinds of problems if it somehow finds its way either into the vehicle’s electrical components, wiring, or fuel system, requiring costly and extensive repairs and replacement.

On typical light and medium-duty pickups, OEMs often mount the filler for the DEF reservoir right next to the regular filler cap for the main diesel fuel tank.

As a result, there have been growing instances where DEF has been accidentally poured into the regular fuel tank, causing a range of issues which in many cases, are amplified on modern vehicles.

Tighter tolerances, greater complexity, and the number of components mean it is virtually impossible to fully inspect problems and properly flush contaminants out of the fuel system once they get in.

Hosted by Diesel Forward Technical Support representative Alberto Bonilla, the webinar included an overview of diesel fuel systems and their operation, as well as some of the ways technicians can tackle problems where diesel fuel systems have become contaminated with foreign substances such as DEF or even gasoline.

When DEF gets into the vehicle’s fuel system it tends to crystalize and corrode metal components.

Other common contaminants include water, often as a result of fuel being not stored properly, as well as outside debris, including dirt and dust getting into the fuel, particularly on vehicles where the fuel filler neck is exposed to it, such as being located near the wheel well as on some chassis cab pickups.

Water in the fuel system dilutes the fuel’s properties, creating the risk of friction as well as exposing fuel system components to moisture and hence corrosion.

One of the best ways to avoid diesel fuel contamination is via prevention—by ensuring drivers are diligent when filling the tank and also by investing in good quality fuel filters—at the very least, those which meet OEM specifications—as well as following the OEM service recommendations for fuel system maintenance.

For service centres that are maintaining diesel trucks, cleanliness is key to preventing contaminants from getting into the fuel system, so Bonilla suggested that technicians clean off fuel filters before inspecting them and when it comes to contamination kits, making sure you use all the components required.

“Internally, there are lots of smaller passages and areas where you can’t guarantee flushing everything out,” said Bonilla. “So, make sure that you’re replacing the components that come in contact with fuel if there is diesel fuel contamination.”

While there are ongoing debates about whether trying to flush contaminants out of the fuel system or simply going to straight replacement of every component that fuel has come in contact with is the most effective option, Bonilla said that the only way to ensure the problem is properly eliminated is by replacing everything with new parts.

And again, the concept of cleanliness can’t be stressed enough.

Bonilla referred to a case where a Cummins equipped Dodge pickup had received a fuel system clean, and a brass wire from a brush used for cleaning got lodged in the injector nozzle.

The result was smoke pouring from the tailpipe and a major engine knock, which could have been avoided if more diligence had been taken when cleaning the injectors.

When troubleshooting potential diesel contamination problems, Bonilla said that often, whether a fault code is triggered or not, it pays to perform basic procedures including examining fuel pressure, vacuum, and air restriction.

“Once we’ve covered the basics, we can then focus on what’s causing the issue,” he said.

Bonilla also explained that depending on the extent of the contamination, and the type of truck, the symptoms could be different.

“Not all trucks will have symptoms of rough running or failing to build real pressure in the fuel system,” said Bonilla.

As a result, scanning the trouble codes is often the most effective way of pinpointing the problem.

Even if the vehicle is not displaying a code but still showing signs of drivability problems, or maintaining adequate pressure, taking fuel samples and getting them analyzed by a laboratory can be an effective way of investigating whether poor quality or contaminated fuel is the root cause of the issue.

Bonilla also recommends that when working on diesel vehicles with drivability issues, a good strategy is to always flush out and clean the fuel tank before refilling it with fresh diesel.

Otherwise, he said, you might find yourself having to redo work previously done, making for a very expensive, time-consuming repair and an unhappy customer.