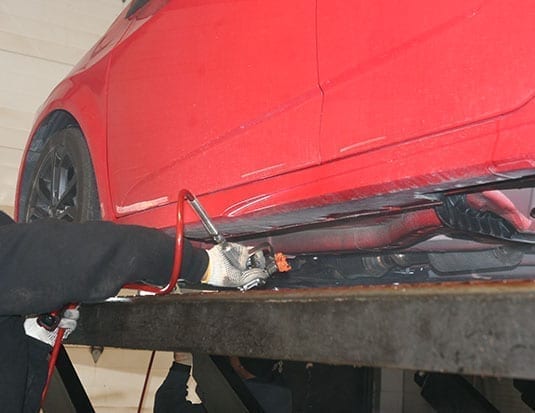 Rust proofing provides multiple benefits for both shops and motorists.

Rusty vehicles are often the bane of aftermarket professionals. They can add significant amounts of time to even routine maintenance work such as brake servicing or suspension work, adding delays, increasing costs and boosting dissatisfaction among the shop’s customers.

Rusty bolts or fittings often have to be doused in penetrating lube and heated before techs can try and remove them. They can frequently break off, requiring tapping, grinding or drilling just to get the job done. Corroded wiring can also cause multiple problems for technicians, such as grounding or shorting, not to mention costly repairs for motorists.

And given that much of Canada has to contend with cold, snowy winters, rusty cars tend to be common fixtures in many shops.

Many municipalities use salt, sand and even liquid brine to coat the roads in winter, all designed to melt snow and ice, improving driving conditions and safety.

Liquid brine is a particular problem. It combines calcium chloride with adhesives such as beet juice, allowing it to stick to the road surface before a winter storm hits. It’s seen as being more effective than salt, since when salt is applied to a dry road surface it just bounces and blows around, limiting its effectiveness.

The trouble with liquid brine is that it leaves a residue behind, even when it dries, resulting in brine dust. This dust often gets into every nook and cranny of your vehicle and when it gets wet, such as during spring showers, the warmer temperatures combined with moisture create a corrosive catalyst that attacks everything from door and rocker panels, to wiring, fender wells, brakes, fuel lines and floor pans.

“It’s quite a serious problem,” says Freeman Young, President, Krown Rust Control. “People think they wouldn’t be having these problems today because OEMs make a much better vehicle. Yet, in four or five years, you can have serious corrosion problems if you haven’t done anything.”

Young notes that brine crystalizes on the underside of a vehicle once relative humidity reaches 30% or more, turning it into a highly corrosive substance.

So what’s the solution? Rust protection, as offered by Krown and other providers such as Rust Check.

At Kelly’s Rust Check in Mississauga, Ont., owner Kelly Hughson has been providing rust proofing services to customers for more than 25 years. Rust Check offers different products including a thin film coating as well as a thicker gel substance specifically for the underside of the vehicle.

“It basically works by keeping out air and water, since it is heavier than water,” says Hughson. The film is sprayed into all enclosed areas of the vehicle including the rocker panels, fenders, doors, quarter panels, trunk, hood, and engine bay. The thicker gel is added to more exposed areas such as wheel wells, floorpans, fuel and brake lines and the fuel tank.

Hughson says that today, OEM advances mean that most vehicles no longer require drilling multiple access holes and instead already have factory plugs in place to assist with the application. “This product is really designed for the person that wants to keep their vehicle a long time,” he says. “It doesn’t void the manufacturer’s warranty, and it adds more time to the life of the vehicle.”

It also means that independent shops are likely to have more business, because not only does the vehicle last longer, the product makes the vehicle much easier to work on for technicians, since the underside is far less rusty, even after multiple years of use. Krown has even developed a referral program between mechanical shops, and Krown centres in each market it operates.

“When talking with technicians, most prefer to work on a vehicle that has been rustproofed because everything comes apart much easier; you are not breaking bolts or torching parts off the vehicle,” says Freeman Young.

Krown conducts ongoing research into corrosion and teamed up with the University of Windsor to create a specific Corrosion Index. In this case, 228 vehicles that featured Krown rust protection were documented against 141 untreated vehicles of various makes and models. Up to six years of age, no visible difference was found between them. After seven years, however, the difference was far more noticeable, with the untreated vehicles showing 6.8% more visible corrosion on body panels than those that were treated with Krown products since new. Underneath, the untreated vehicles displayed 3.6% greater corrosion.

According to Craig Shuttleworth, Marketing Director, Krown Rust Control, “the goal of the Corrosion Index is to become a standard tool for measuring the positive effects of rust protection.” 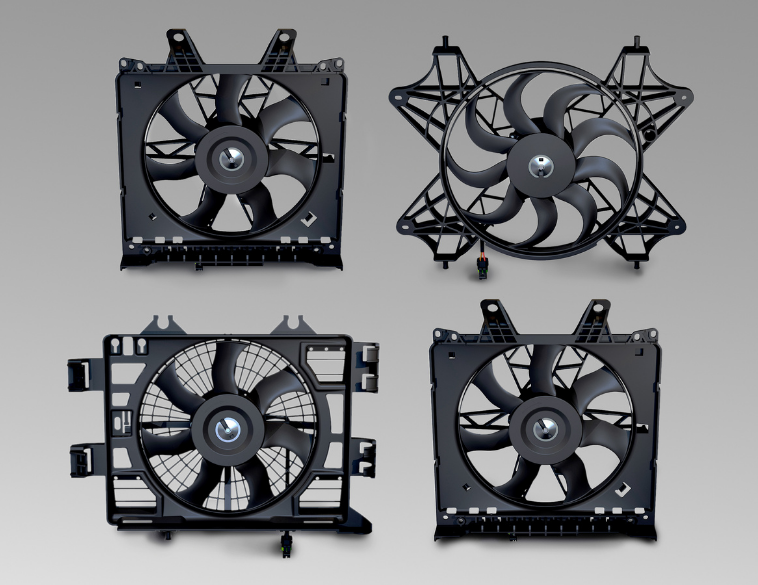 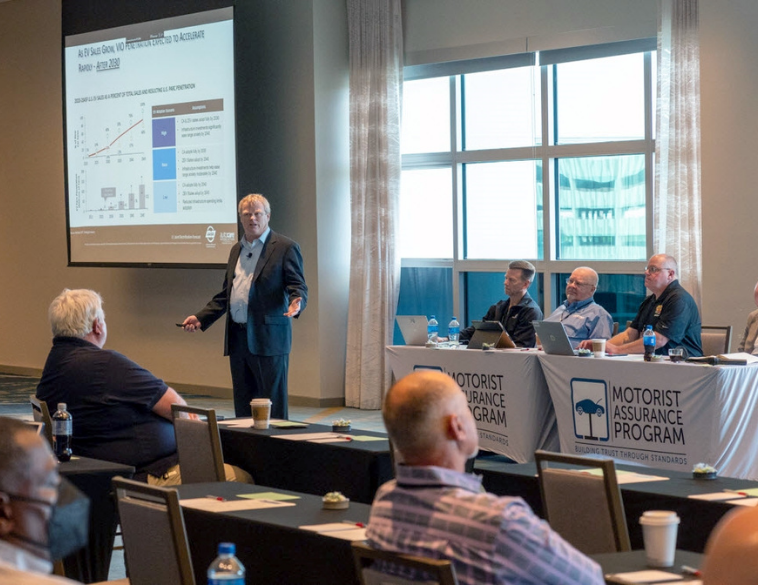