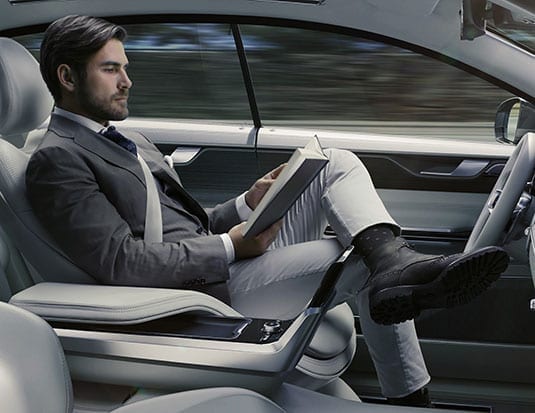 I’m an old car guy who still likes the rumble of a V-8, the guttural low growl from a ‘tuned’ exhaust set up along with dual pipes jutting out from the rear bumper.

And just to take it backwards another step, I’m one of the few North Americans left who still enjoys rowing through the gears of a manual transmission. There is nothing finer than smooth, crisp up-shifts and the amazing sound of a rev matched downshift coming through the corners or winding around a long parabolic on-ramp to the entrance of the highway… old school, but still part of the pure enjoyment of driving!

With technology invading the old school, we now hear the words “electric powered” vehicles and another new term— autonomous vehicles. No sound? No driver? Hmmmm! Although never to be one who doesn’t embrace new technology, I’m still a little skeptical on the future, not so much on the technology, but more so on how quickly we’re trying to make these attributes standard operating procedure. And although I am sure these attributes will be part of the norm in the future, I do think it may take longer to refine for ultimate efficiency, reliability, and acceptable life span expectations.

I do understand the move towards electric propulsion systems. Environmentally, they are more acceptable to anything else or any other alternative to the combustion engine of today. Lots of questions arise, however, on maintenance, life span, and how to dispose of used components.

Regarding autonomous vehicles, I reviewed a brief report from the Society of Automotive Engineers (SAE Standards J3016) that breaks down automotive autonomy into six distinct stages.

Motoring with a driver and a steering wheel and controlling all aspects of vehicle movement.

Limited steering, braking and acceleration being performed by the vehicle based on the environment and the demand of situation at hand. Think of ABS, all-wheel drive, and limited slip differentials as examples. Beyond these functions, the driver remains in control of the vehicle.

Vehicle performs coordinated steering and braking/acceleration based on the environment and situation. Think of radar-activated cruise control, active braking through sensors, parking assistance, and automated suspension changes based on computer-controlled inputs.

The vehicle can assume all aspects of the driving task but the driver needs to intervene when necessary.

The vehicle can assume all aspects of the driving task and keeps doing so if the driver does not respond to intervention prompts.

All driving tasks will be robotically controlled full time.

The Society of Automotive Engineers (SAE) developed these six stages of automation, and based on what we’re seeing today, we’re in the third stage with the fourth stage closing in. So, there’s progress—but not without a multitude of issues and challenges along the way, the least of which has nothing to do with the vehicle, but has more to do with the ability to keep all vehicles in their own space and effectively dealing with what’s called human nature. Interesting… no vehicle in the world is more automated than a modern aircraft, yet we still have two pilots in the cockpit. Did you want to board a plane headed for a five-hour flight and know there’s no one flying the plane?

I am all for new technology, but sometimes we need to take our time to ensure we get it right!