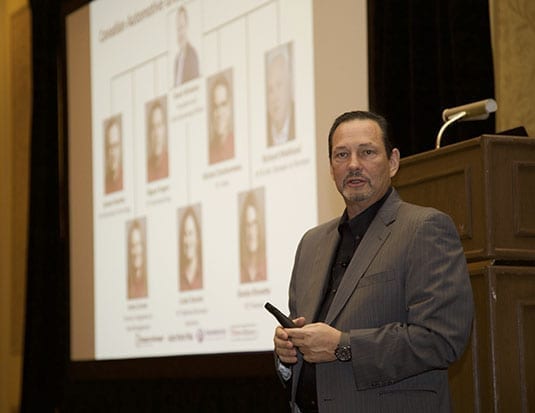 On October 31, Uni-Select (the Corporation) announced its Canadian Supplier Award winners during the ceremony held at Uni-Select VIP Supplier Awards Event in Las Vegas. Uni-Select is proud to partner with such amazing suppliers to provide its customers with the best product offering and service.

“At Uni-Select, we deeply value the quality of the relationship we have with our suppliers. They are a fundamental component of our Corporation’s success and this is why it is important for us to acknowledge their great work and recognize them every year with the Canadian Supplier Awards,” stated Miguel Angers, Vice President Merchandising.

Three prizes called The Golden Ally are awarded in recognition for sales and marketing achievements. First—Tenneco received this award for its sales tools for independent jobbers and installers. Second—the Marketing campaign award was given to Shell Canada Products whose marketing campaign stood out. Third—Training and technical support, was given to Gates Canada who provided efficient and innovative training material.

The Tech-Savvy Award–New Technology was awarded to Blue Streak-Hygrade Motor Products, who developed and implemented the most user-friendly and innovative IT program to support sales development at the independent jobber or installer level.