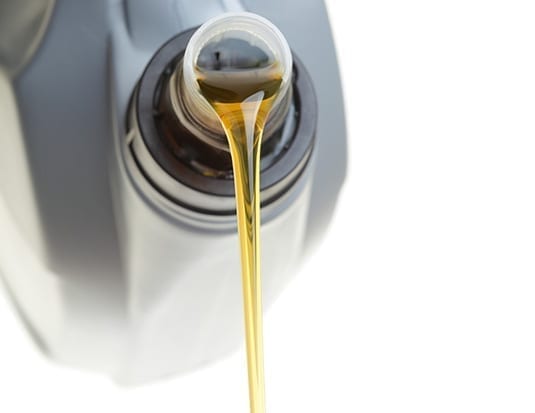 Synthetic oil may be more expensive, but overall, it could be worth it for your fleet in the long run.

Oil is a large overhead for fleets, but it’s possible that the more expensive synthetic choice could be the cheaper option.

While “synthetic” sounds like it’s formulated in a lab from various chemicals, most synthetic oils start with fossil-fuel petroleum. The oil undergoes a synthetic process that produces molecules of consistent size and shape. This improves flow and lubricating properties, which then helps to lengthen oil change intervals.

Overall, synthetic oil flows better in cold weather, and it retains its viscosity better than conventional oil during temperature changes and friction. It’s less prone to engine sludge issues and, in some engines, can produce a slight improvement in fuel economy.

Engines have also improved along with oil, resulting in longer maintenance intervals. The general rule of thumb with conventional oil used to be about every 5,000 kilometres, but many automakers are now recommending every 10,000 kilometres or so. Some oil manufacturers advertise even longer intervals, but it’s always best to follow the automaker’s recommendation.

Synthetic oil is pricier, but do the math. Those extended intervals mean you’ll be buying oil less often.

In some cases, synthetic oil can also be a lifesaver for specific engines. To improve overall fuel economy, many auto manufacturers are using small-displacement turbocharged engines with gasoline direct injection, and mating them to multi-speed transmissions.

This produces higher torque at lower engine speeds, but it can also make the engine susceptible to what’s known as low-speed pre-ignition, or LSPI. It refers to the spontaneous combustion of the fuel-air mixture prior to the spark plug firing, but unlike regular engine knock, it’s sudden and unpredictable. For this reason, it’s also known as stochastic pre-ignition, super knock, or mega-knock.

It can also do serious engine damage with virtually no warning.

The engine’s knock sensors can’t compensate for its unpredictable nature. Automakers are working on the problem, but its exact causes still aren’t known. Some of the suspected conditions are fuel sprayed on the hot cylinder walls, oil or fuel droplets accumulating and igniting, or hot carbon deposits breaking off the top of the piston, since direct-injection engines are prone to soot deposits. If these particles get into the engine oil, they also have the potential for premature timing belt wear.

Automakers are tuning their engines to prevent the “sweet spot” where LSPI can happen, while the American Petroleum Institute has come out with new oil categories, API SN and SN Plus, for better sludge and deposit protection. The best recommendation is to use the oil recommended by the auto manufacturer, which will undoubtedly be synthetic. It may cost more, but it’s worth it in the long run.