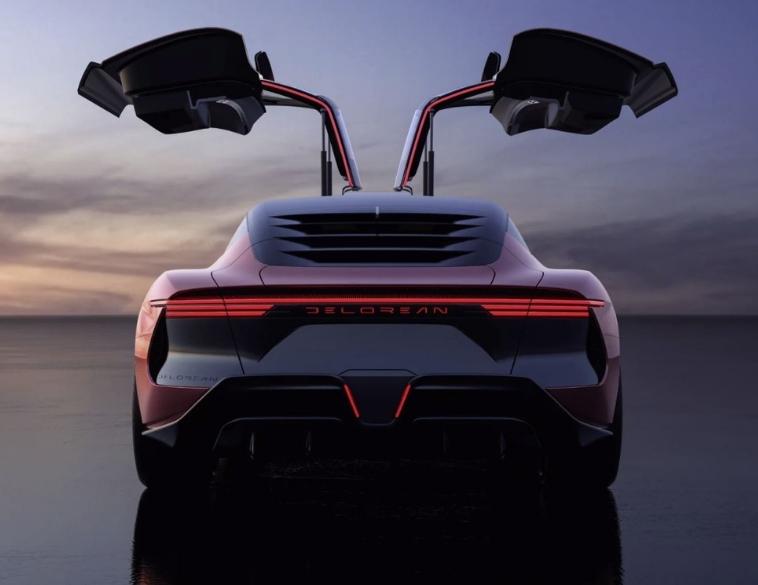 The stylish coupe is an extension of DeLorean, one of the world’s most iconic brands, and was inspired by the DNA of its famous predecessors, the DMC-12 and DMC-24.

Crafted in partnership with Italdesign, the all-electric, 2+2 vehicle maintains the signature gullwing doors, classic rear louvres and three-layered taillights. The design process also included the utilization of uncovered archives and representations of automotive design over the last 40 years to develop three generational concept vehicles that precede the Alpha5. The generational vehicles include the Alpha2 roadster representing 1996, the Alpha3 luxury sedan representing 2006 and the Alpha4 SUV powered by hydrogen representing 2013.

“Our goal was to bridge the gap between the past and the future, so we produced extensions of the DMC-12 that would have been icons in their time to create the next generation of vehicles, starting with the Alpha5,” said Joost de Vries, CEO of DeLorean Motors Reimagined.

The Alpha5 provides 60 mph in 2.99 seconds and a projected top speed of 155 mph. The all-wheel-drive vehicle offers an exceptional driving experience with multi-mode adaptive suspension, dynamic handling and an estimated 300-mile range with a 100kWH battery.

Sleek lines, large wheels and slim lights carry on the rebellious nature of the iconic brand.

The vehicle’s interior design and high-performance technology are human-centred and create an environment that engages the driver and the passion for the drive, including enhancing the driver’s connection with loved ones.

Event to showcase the Alpha5

The Alpha5 is expected to hit the road in 2024. Details on how to purchase will be announced soon. For more information, visit delorean.com/reserve.