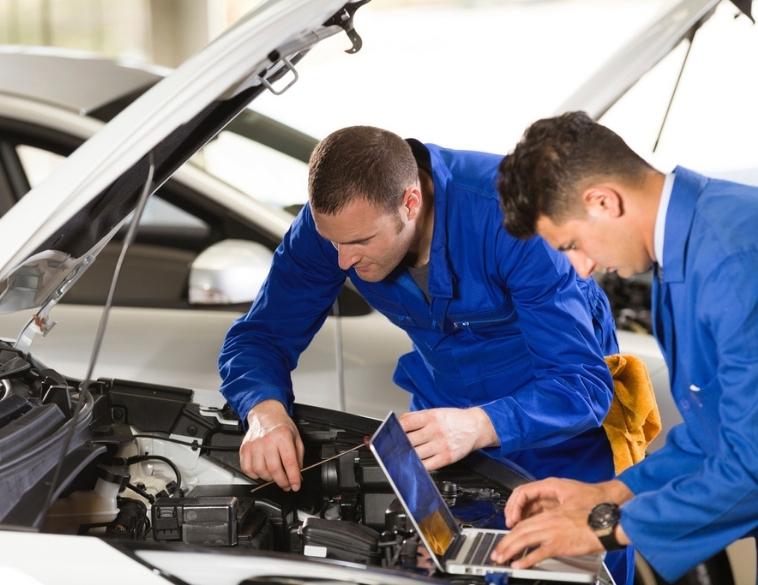 Strategies and solutions to help combat a shortage of skilled service professionals.

The current economic climate is proving to be challenging on a range of fronts. For many businesses, the combination of inflation and shortages is causing untold disruption. In the automotive sector, we’ve witnessed ongoing supply chain issues, as well as acute labour shortages. Many dealers are feeling the pinch, particularly in their service departments. Talk to many and the topic frequently turns to “where can I get more good service technicians?”

In many respects, this is an age-old problem. For the last 25 years, we’ve seen multiple changes in the automotive retail sector. A key one has been the advancement of vehicle technology at a rapid pace and the aging of the service technician workforce. Quite simply, there haven’t been enough new apprentices joining the industry to replace older technicians that are retiring.

Identifying the root cause

The COVID-19 pandemic in many ways, further exacerbated the issue, with some senior techs choosing to pull forward their planned retirement dates and younger people looking elsewhere for career opportunities. So, what’s the root cause of the issue and how can dealers navigate successfully through this challenge?

Robert Morrison, Director of Aftersales at Pfaff Automotive Partners, says that besides the physical shortage of technicians, a big problem is the fact that our industry doesn’t do enough to actively recruit technicians to their facilities nor widely and consistently promote the opportunities available.

“There is definitely a lack of support for skilled trades,” he says. “Current actions, generally only provide lip service.”

Morrison highlights several factors that contribute to this ongoing problem. The first one is perception. “Trades are seen as ‘lesser work,’ and perceived as not being rewarding financially,” he explains. Additionally, Morrison notes that many OEMs are becoming more administration-focused, meaning they are becoming more preoccupied with warranty claims from their franchise dealers, leading the technicians stuck in the middle.

Another issue is that dealers aren’t always engaged in active recruitment strategies, relying on age-old adages such as a need for experienced and licensed technicians. The trouble is, there just aren’t many available meaning techs have the upper hand in choosing where they want to work and the compensation that business is willing to offer.

Morrison notes that in many cases, technical schools and colleges today really do their part in providing robust apprenticeship programs for future automotive service technicians. Where the problem lies, is having dealers pick up the baton and allow these young apprentices to jump into their professional careers with both feet. Even elite training programs face challenges.

Morrison cites the Trillium Automobile Dealers Association (TADA) Co-Op program conducted with Centennial College in Toronto, Ont., which sees students placed with some of the top dealers in the country. “Our McLaren store will only recruit out of that program,” Morrison explains, but still he says with 22 positions available out of 500 plus submissions, the program still struggles at times to find placements for its graduating students.

For over a decade, TADA has actively promoted the skilled trades and worked hard on behalf of its members to find suitable strategies for recruiting the next generation of automotive retail professionals. But in order for these efforts to truly succeed, dealers really need to do their part. During a recent conversation with Autosphere, TADA Executive Director Todd Bourgon explained that dealers can really make a difference by collaborating–not only with the associations that support them—but also by getting actively involved with local government and school boards to build grassroots awareness campaigns that promote careers such as automotive service repair, presenting them, as well-paying, highly skilled, rewarding occupations, which in reality they are.

The trick is getting started early and that means reaching out to high schools and even elementary learning centres, to engage students while still in their teens.

Devin Purcell, a licensed technician and Professor at the School of Transportation, Technology and Apprenticeship, at Fanshawe College in London Ont., went through the Red Seal apprenticeship program himself and sees reaching out early as the best opportunity to bring new talent into the trade. “We really need to get involved at the high school level,” he says. “If we wait until these students are in college, it’s already too late.”

He also agrees with Morrison that long-standing myths and perceptions regarding apprenticeships need to change. “If you have a Bachelor of Arts degree,” says Purcell, “you can apply for any range of jobs, from sales, to finance or an admin post. When you say apprenticeship, nobody cares—they just don’t value a Red Seal trade as the equivalent of a degree or diploma.”

Benefits on both sides

It’s a really unfortunate situation since from a practical standpoint, a Red Seal trade can offer far more benefits for both the business looking to recruit future technicians and for those apprentices applying. Where the former is concerned, Red Seal programs are designed to equip students with the skills they need so that once they do graduate, they are ready to jump into the workforce as fully capable technicians. For the student, there’s the opportunity through co-op programs to get paid while you learn, reducing the debt burden.

At SkillsTrader, a professional networking hub created specifically for skilled trades professions, CEO Fadi Smaidi, notes that if dealers want to attract the right people, they need to actively promote themselves to the right audience and leverage the power of networks like SkillsTrader to connect with high schools, colleges and the students themselves, He notes that the automotive industry offers numerous benefits for the next generation.

The rapid advancements in vehicle technology over the last decade mean that the next generation of technicians will more likely resemble software engineers than traditional mechanics. “That’s an attractive proposition for today’s tech-savvy youth,” he says, but the key to making it work is promotion on the part of dealers about their career opportunities and robust, consistent collaboration with high-quality learning programs offered through schools and colleges that can effectively groom the next generation of technicians.