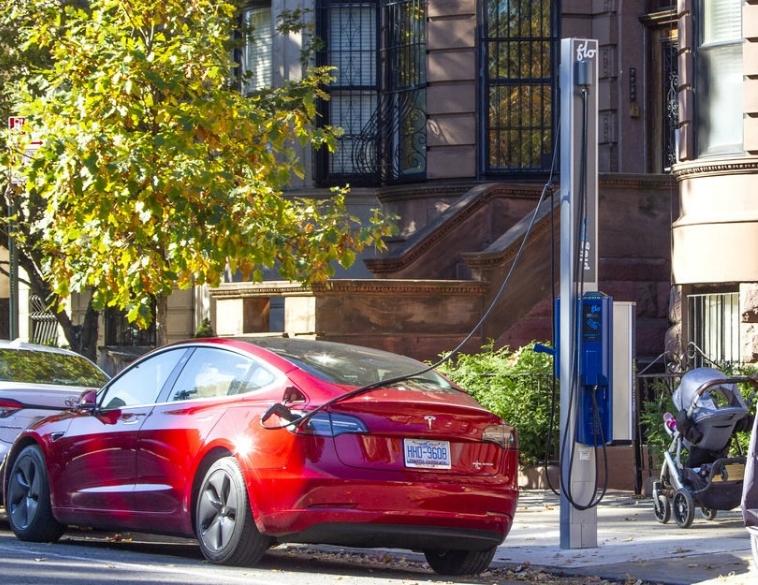 FLO, a leading North American electric vehicle (EV) charging company based in Quebec City, Quebec, in partnership with the New York City Department of Transportation (DOT) and Consolidated Edison (Con Edison), announced they have installed and activated their 100th charging station in New York City as part of a pilot program that began in June of last year.

“New Yorkers are setting an example for cities across the country in their commitment to electrify their city,” said Louis Tremblay, FLO President and CEO. “FLO is proud to be a partner in the transition to a cleaner future here in New York City by providing a curbside charging solution to the city’s residents. We know reliability is a crucial driver of EV adoption and we are proud to have been able to provide an unprecedented uptime of more than 99% in New York City by actively monitoring and maintaining every unit in the network. We look forward to the continued expansion of our charging network here in New York City and across the United States.”

EV adoption in New York City has grown rapidly in recent years. The New York City DOT has set ambitious targets for vehicle electrification in order to meet its goal of carbon neutrality by 2050. By the end of the next decade, the city will need over 40,000 publicly accessible Level 2 (L2) chargers to meet the projected demand of the nearly 400,000 EVs then expected to be registered in the city.

“Electric vehicle adoption is an important piece in this administration’s efforts to reduce transportation emissions and protect the environment for our future generations,” said NYC DOT Commissioner Ydanis Rodriguez. “We’re proud to see this pilot expand to all five boroughs and thank our partners FLO and Con Edison for helping accelerate EV adoption citywide.”

Increasing the network of curbside charging stations makes it easier for New Yorkers to transition to electric vehicles. FLO’s curbside charging stations help service the more than 15,000 EVs registered in the city, including the 50 percent of EV owners who park on the street. New Yorkers interested in purchasing an EV can learn more about available financial incentives at New York State’s Drive Clean Rebate, which offers drivers a discount of up to $2,000 on the purchase of a qualifying vehicle. Additionally, New Yorkers driving EVs are eligible for a 10 percent discount off E-ZPass rates through the Green Discount Plan.

“From Staten Island to the Bronx and every borough in between, curbside charging makes it possible for New Yorkers without access to private charging ports to consider an EV for their next car,” said Vicki Kuo, Senior Vice President, Customer Energy Solutions. “We’re committed to making it easier and more convenient for customers to switch from gas-powered vehicles, reduce their carbon footprint, and help New York achieve its clean energy goals.”

The project was made possible through funding by the New York State Public Service Commission’s Reforming the Energy Vision (REV) initiative. The locations of the charging stations were selected based on input from local elected officials and community stakeholders, geographic diversity, and projected demand for charging. FLO’s charging stations cost $2.50 per hour during the day (6 a.m.—9 p.m.) and $1.00 per hour overnight. A daytime charge will be equivalent to fueling up at a gas station, while overnight charging may be over 60 percent cheaper.