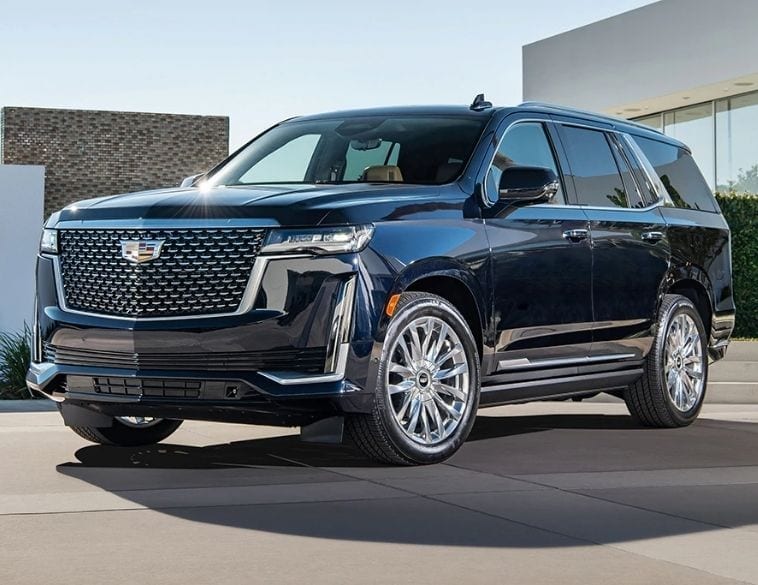 Each year, automotive technology advances into new territory, and the innovations become more and more exciting for consumers.

Whether that’s under the hood or inside the cabin, car shoppers will be delighted to find how much new auto innovations can help their daily drives become more efficient, convenient and exciting. To help car buyers navigate the breakthrough technology in vehicles, Autotrader put together a list of the Best New Automotive Technology for 2021.

With the all-new 2021 model, the Cadillac Escalade has cemented its place as the American luxury brand’s showcase for new and luxurious technologies.

Starting with the advanced Super Cruise, one of the best-kept secrets in automotive technology. It’s a semi-autonomous technology suite that is arguably the most advanced system of its kind since it allows for hands-free driving on the highway (you still need to stay alert and keep your eyes on the road). Super Cruise is now more advanced than ever on the new Escalade with the addition of lane-changing capability. The 2021 Escalade also boasts a curved 4K OLED display with a whopping 38 inches of total diagonal display space—one massive and beautiful display with three different screens.

This high-performance luxury SUV combines luxury, technology, and raw power in a graceful way that few other brands can match. Under the hood lies a twin-turbo V8 engine pumping out 603 horsepower. This engine is also equipped with an EQ Boost starter/generator mild hybrid system powering a 48-volt electrical system. It gives the engine a performance bump of 21 horsepower and 184 lb-ft of torque. It also makes for smooth and quick automatic stop/start technology which has been infamously clunky in some applications in competing brands.

We know what you’re thinking, the new Ghost (all-new for 2021) is so expensive, no one can afford it. True, it is expensive, but that’s usually where leaps in technological advancement come from. Also, the $300,000 Ghost has been the brand’s best-selling vehicle.

In addition to the expected Rolls tech surrounding hand-crafting a car, the new Ghost has a few tech features that only serve to enhance its Rolls-Royce-ness. The Ghost’s “Flagbearer” system uses cameras to see the road ahead and adjust accordingly. The result is an amazingly smooth ride virtually free of bumps and unpleasantness. Rolls-Royce’s Planar Suspension System uses a combination of air-suspension, sensors, cameras, weights, dampers, and a transmission that uses GPS information to select the best gear for the corner ahead. The result is a car feels like it’s gliding over the road.

A head-up display was considered a luxurious feature that was only found in high-end cars not that long ago. However, in 2021, anyone with a car and a smartphone can have an advanced head-up display.

One good example is the Hudway Drive. This $229 device can mount to any dashboard, plug into a 12V outlet, and connect to your phone to show you important information. It can show you your speed, turn-by-turn navigation, and notifications from your phone like calls and text messages. It delivers all of this useful information right in your line of sight so you can keep your eyes on the road with minimal distractions. Customize it to show you everything you want to see and — just as importantly — not show you anything you don’t want to see. If you’ve been driving around with your phone mounted somewhere on your dash, a head-up display that talks to your phone is a very nice upgrade.

There have been varying degrees of hype around hydrogen fuel cell cars for decades. The idea dates back more than a century. However, we’re at a point where we have real cars powered by nothing but hydrogen on the road. It’s a segment that’s growing, albeit quite slowly.

The Toyota Mirai gets a big update for 2021. In a surprising move, the hydrogen-powered Mirai has evolved from a hatchback into a premium sedan. It’s gone from being a quirky and weird-looking oddity to a bit more of a traditional look that you wouldn’t guess is an alternative fuel vehicle at first glance. The Hyundai Nexo is an EV that also uses an electrochemical process to generate electricity. The Nexo has a sophisticated look, pretty good range, and a roomy cargo hold that helps make it a practical crossover. Honda’s Clarity Fuel-Cell is also a real-world car that some consumers can get and drive today.

There’s a lot to love about the upcoming 2022 GMC Hummer EV. Not only does it have a daring look and an insane electric powertrain with up to 1,000 horsepower and 11,500 lb-ft of torque, but it has a fascinating feature called CrabWalk—a new twist on four-wheel steering.

Since the Hummer is a big truck that aims to be a proficient off-roader, it needs all the help it can get from modern technology to be more maneuverable. The Hummer’s rear wheels can turn up to 10 degrees in either direction. In conjunction with the front wheels, the Hummer can move diagonally without the body of the truck turning at all. This should prove useful for getting out of tight spots on the trails. There are also cameras (with washers) under the body to show you what’s going on around the truck while CrabWalking.

For example, Lexus AR Play virtually puts an IS in your driveway allowing you to do a 360-degree tour and even open the doors and check out the interior. You can even drive it around remotely from the app. Customize your virtual IS with whatever paint colour, interior colour, wheel design, and interior features that you’d like. Customizing your own IS and getting a thorough tour of it gives you a much better idea of what that car is like in person compared to just looking at photos.

Nissan’s ProPilot 2.0 is a system that will allow “hands-free” driving. Nissan says it like this: “ProPILOT Assist 2.0 gives you the option to experience hands-off single-lane driving, as well as hands-on guided lane changing abilities.”

The first car in the U.S. to employ this will be on the all-electric Nissan Ariya SUV. This will be available as soon as late 2021. It’s essentially a super-sophisticated lane control/adaptive cruise control system but the “hands-off” part means the system won’t time out. The result will be less driver fatigue on long trips and, probably, fewer rear-end and lane-change accidents.

The best way to say this is that Toyota has forced the “Democratization of hybrids.” Toyota didn’t invent the hybrid, many automakers experimented with them for decades. But Toyota has done for hybrids what Henry Ford did for the automobile, they brought it to the masses. Now, some models come only as a hybrid. Especially noteworthy is the fact that both the 2021 Toyota Sienna and 2021 Toyota Venza are offered only as a hybrid. There’s also a plug-in hybrid version of the Toyota RAV4 called the RAV4 Prime.

Finnish street maintenance tech company Trombia Technologies has launched the first-ever high-power, all-electric, autonomous street sweeper. It’s called the Trombia Free and it looks like a concept for a future machine, but this is a real thing that will be quietly sweeping streets starting in January 2021 as part of a pilot program. Mass deliveries could happen as soon as early 2022. About 3 million metric tons of CO2 are pumped into the air by diesel-powered street sweepers annually according to Trombia CEO Antti Nikkanen. Electrifying those machines could seriously cut those emissions down without compromising on power and performance.