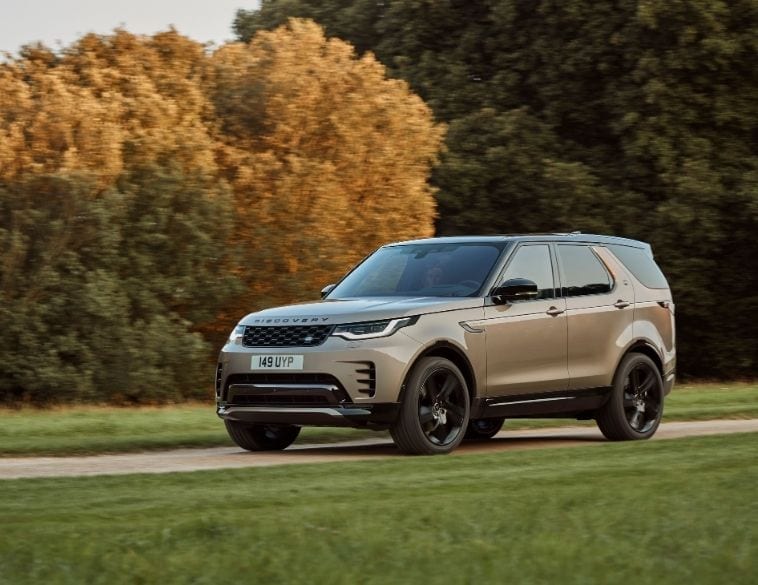 Land Rover unveils the upgrades made on the new Discovery SUV.

Discovery’s design – including the clamshell bonnet, the stepped roof and the highly visible C-pillar – remain, but it delivers a bold exterior. It’s equipped with new LED headlights with a daytime running light set lower into the units, animated sweeping front and rear indicators.

A revised front bumper features a wider body-coloured graphic and new side vents combine for a more purposeful and dynamic appearance. At the rear, New Discovery features new signature LED lights, which are joined across the back of the vehicule by a new Gloss Black panel. Following Land Rover’s reductive design philosophy, this panel incorporates the trademark Discovery script, providing a cleaner rear graphic.

Connectivity is provided by dual-sim technology, with two LTE modems allowing the system to carry out multiple functions at the same time without compromising performance. Land Rover’s SOTA technology allows owners to update as many as 44 individual electronic modules, without visiting a retailer.

In combination with the 12.3-inch Interactive Driver Display, New Discovery provides high-definition 3D mapping within the instrumentation, leaving the central touchscreen free to control other applications. The high-resolution digital instruments can be configured to show a pair of conventional dials, full-screen 3D navigation guidance or a combination of the two, allowing drivers to customise the view.

In addition, customers have the option of a full-colour Head-Up Display, putting high-resolution driving information directly into the driver’s eyeline, removing the need to look away from the road ahead. Smartphone integration is done with Apple CarPlay, while the Bluetooth technology can connect two smartphones simultaneously. Android Auto is also available as standard, as well as wireless charging with signal boosting technology.

The model introduces of Land Rover’s Click and Go tablet holders, incorporated into the front seatbacks. The easy-to-use system also includes USB-A charging sockets that are located to minimize trailing wires. It uses the onboard 4G Wi-Fi hotspot, which is capable of linking up to eight devices.

Its optional hands-free Gesture Tailgate can detect the wave of a foot beneath the rear bumper to open the boot while the Powered Inner Tailgate restrains loose items in the 2,485-litre loadspace (5 seats) and doubles as a handy bench. Even with seven seats in use, the boot provides 258 litres of luggage space and all occupants have somewhere to charge electronic devices.

Inside, Intelligent Seat Fold technology allows customers to configure the seating layout using the central touchscreen, while Remote app technology lets customers keep tabs on the fuel status and location of their vehicle and even unlock and lock the doors.

Land Rover’s new second-generation Activity Key is also available. It features touchscreen controls, a digital watch and can lock, unlock and start the vehicle as an addition to the conventional fob.

New Discovery is available in Discovery, S, SE and HSE trim levels, in R-Dynamic guise or as a Commercial model with a 2,024-litre cargo area, additional underfloor storage lockers and the same maximum 3,500kg towing capacity as the rest of the range.

The straight-six engine family was designed and developed in-house and the diesel is available in 249PS (183kW) and 300PS (221kW) outputs, while the powerful petrol delivers 360PS (265kW).

The system harvests and stores energy generated during deceleration, and redeploys it to assist the engine when accelerating, providing six-cylinder performance and four-cylinder efficiency.

With Terrain Response 2 technology, New Discovery is automatically primed to suit the driving conditions while the new Wade Mode optimises the vehicle for deep water fording – even applying the brakes automatically when the driver disengages Wade Mode, to restore full performance from the first application of the brakes.