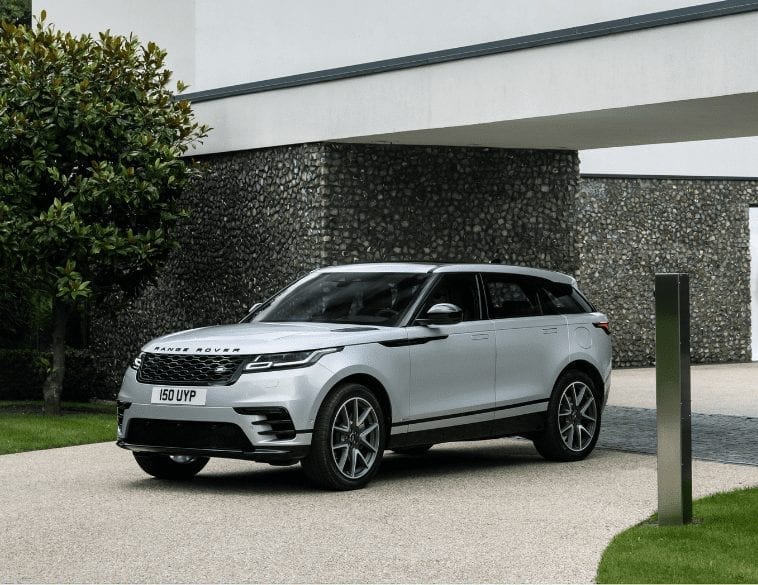 The new Range Rover will be available as a hybrid option. Photo: Land Rover

The new engines are available with mild-hybrid electric vehicle technology (MHEV). The MHEV system uses a Belt integrated Starter Generator (BiSG) in the engine bay to harvest energy, which is then stored in a 48V lithium-ion battery located beneath the rear loadspace.

Additionally, the next generation four-cylinder Ingenium D200 (204PS diesel) is introduced on the Range Rover Velar, offering lower CO2 and improved fuel economy. The engine is offered with the same 48-volt mild hybrid technology as the rest of the range, with CO2 from 165g/km and fuel economy of up to 44.9mpg (6.3 litres/100km).

Based on the R-Dynamic SE specification, outside enhancements include a black contrast roof and matching 20-inch black alloy wheels. The new special edition model is available exclusively in Lantau Bronze metallic paint, as well as the new Hakuba Silver, Santorini Black or Eiger Grey.

The Range Rover Velar is now equipped with Active Road Noise Cancellation. The intelligent technology works like a pair of noise cancellation headphones, constantly monitoring vibrations from the road surface and calculating the opposite phase sound wave needed to remove the noise heard by the occupants. The system is able to adjust the level and position of sounds played into the cabin based on the number of passengers and their position inside the vehicle by using the seatbelt sensors.

A new Cabin Air Filtration system reduces levels of harmful particulates, pollen and odours. The new system – introduced in addition to the existing Cabin Air Ionisation feature – filters out fine particulate matter, allergens, pollen and strong smells. Activated via a ‘Purify’ button in the lower touchscreen, it is capable of filtering ultra-fine particulates (up to and below PM2.5).

For more information on the Range Rover Velar, click here.