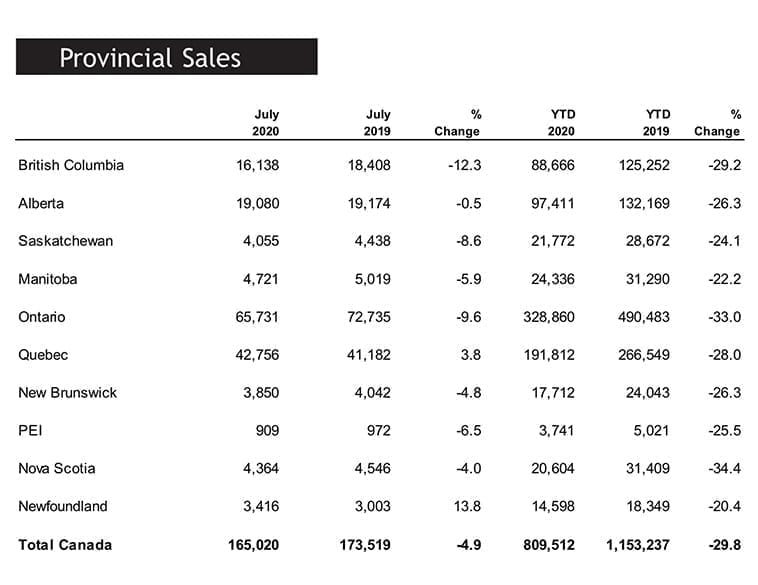 As before, Newfoundland and Quebec noted sales growth at an estimated 13.8% and 3.8% respectively. Alberta—which noted a 21.5% decline in June sales recorded fairly stable sales (-0.5%) for July 2020. Ontario performed better as well with a 9.6% decline following up the estimated 24.7% decline in June.

With sales performance relative to the past few months improving across most regions, total Canadian sales reached an estimated 165,020 units sold, down just 4.9% from July 2019 results. The stability of this seeming recovery is uncertain however.

The surprising market growth in Quebec is in contrast to Ontario and British Columbia, both of which are lagging in their automotive market recoveries. For now, the future remains in flux and this volatile regional performance will likely continue in the short term. 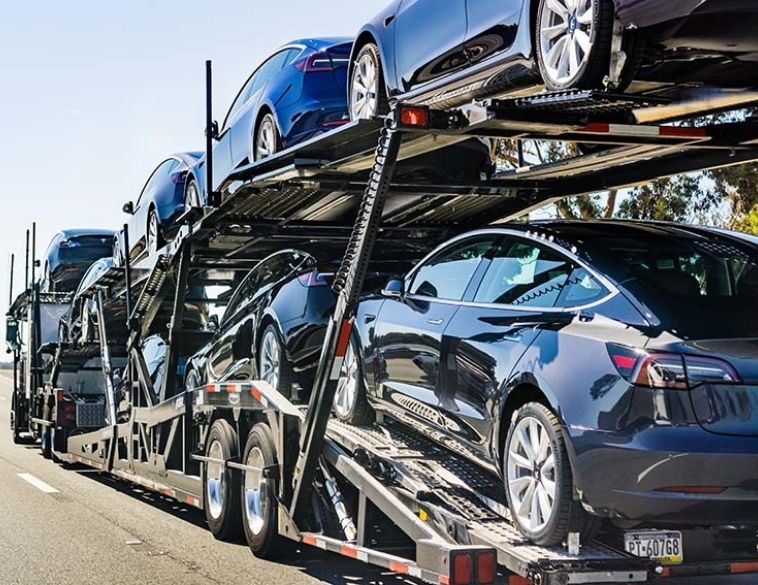