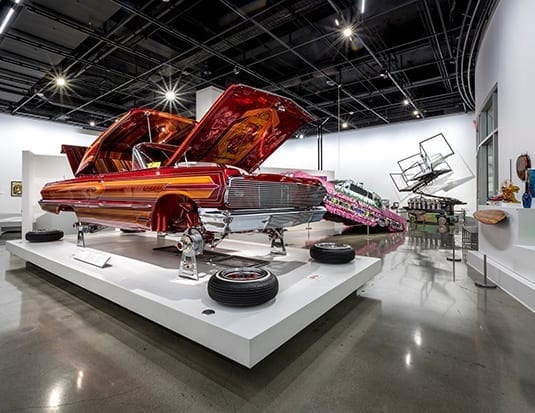 The 2019 Canadian International AutoShow (CIAS) is just around the corner. Here’s a quick look at what we can all look forward to.

The annual Canadian International AutoShow, which takes place every February in Toronto, is one of the most successful in the world. Every year, tens of thousands of consumers and industry professionals come together to celebrate the auto industry and to showcase their newest vehicles, products and technologies.

As we look forward to the 2019 CIAS, rest assured we’re all in for a treat next year. Recently, I had the opportunity to speak with Jason Campbell, General Manager of the CIAS, about what is being planned for the next AutoShow, and I must admit that I was very impressed with what’s in store for us all.

Campbell explained that a key point that separates the Toronto show from all other international shows is the fact that every single manufacturer that is selling vehicles in Canada is represented. This means that all the premium brands, and even brands like Tesla, regularly appear at the Toronto show—and we know that they don’t attend many shows. This makes the shopping experience at the CIAS that much more complete. “It’s something we’re very proud of,” Campbell says.

Our marketplace has become a real hotbed for premium luxury vehicles, particularly supercars, and that’s something that will be highlighted at the show in 2019. “We’re planning a special luxury and supercar forum,” Campbell explains, “which will bring together chief designers from McLaren, Rolls-Royce, and a new hyper-car that will be revealed at our show—the Devel 16. They’ll be hosting a special presentation in the theatre on Wed., Feb 13th.”

The CIAS has had two major supercar reveals to open the show in the past two years, and they’ve been very successful. Aston Martin debuted the Valkyrie two years ago to North America, and in 2018 we saw the Koenigsegg Agera RS, introduced by the CEO of Koenigsegg. “That made a big splash,” Campbell says. “So this year we’re having even more of these exotic cars, some of which will make their global debuts in Toronto.”

Organizers of the CIAS are planning a number of new features for 2019, celebrating the passions of private collectors. Fittingly, the theme of next year’s show is “The Passion Within Us.”

Another display will be built in conjunction with the Petersen Automotive Museum in California. “This is arguably one of the world’s most important car museums,” Campbell adds. “They are providing us with six cars that represent L.A. car culture. That display will feature some of the lowrider cars, along with some of the builders who will be there to speak with show attendees.”

Art and the Automobile

The very popular Art and the Automobile feature with Cobble Beach Concours d’Elegance—now in its fifth year—will celebrate Icons: people, moments and marques in a 15 car display unrivalled by any traditional AutoShow in the world.

Esports is growing in popularity, so for 2019 a cross-Canada competition will crown the country’s fastest champion on the final Sunday of the AutoShow. Cineplex WorldGaming, the Pfaff Automotive Group, and Xbox have joined forces to offer prizes of $20,000 to budding young racers in this special feature zone.

And since 2019 marks the 75th anniversary of the D-Day landings in Normandy, the 2019 show will include a display with Canadian military vehicles from 1944 through 2019.

One of the highlights of the CIAS is the electric vehicle test drive. In 2018 more than 1,900 people registered for test drives, and even more will be able to get behind the wheel of an EV at the 2019 show.

And to get more consumers to attend the show throughout the evening hours, organizers are planning to offer special incentives for those who attend after 6 pm, including reduced admission fees, and special evening attractions that will be known as “Light Up the Night” events. “We want to make sure the audience has something exciting to look forward to in the evenings,” Campbell explains.

In addition to the actual show, many other activities and attractions are being planned throughout the week. The CADA, for instance, will be holding their summit, and CIAS will play host to the induction of five Canadian journalists into the Canadian Motorsport Hall of Fame.

“Apart from all the new cars on display, and all the new technologies, the AutoShow is also about offering a glimpse into this other world that people dream about—whether that be luxury cars, classics, or supercars,” Campbell adds. “It’s going to be an exciting show, and will continue to evolve as does our marketplace.”

We hope to see everyone there.