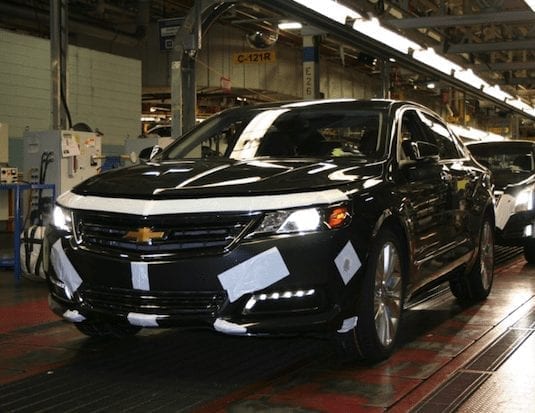 On November 26, General Motors announced plans for a major corporate restructuring to help save costs.

Among the announcements was the planned shuttering of three GM vehicle plants, the Lordstown facility in Ohio, the Detroit-Hamtramck plant and Oshawa Assembly, which have no products allocated beyond 2019.

A press release from GM said that the restructuring is part of taking proactive steps “to improve overall business performance including the reorganization of its global product development staff, the realignment of its manufacturing capacity, and a reduction of salaried workforce.”

The automaker said the actions announced this week are “expected to increase annual adjusted automotive free cash flow by $6 billion by year-end 2020 on a run-rate basis.”

“The actions we are taking today continue our transformation to be highly agile, resilient and profitable, while giving us the flexibility to invest in the future,” said GM Chairman and CEO Mary Barra. “We recognize the need to stay in front of changing market conditions and customer preferences to position our company for long-term success.”

Naturally, there has been a great deal of concern around the cuts, particularly the proposed plant closures.

Dias also said that with the signing of the recent USMCA trade agreement, the Canadian auto industry is on “firm footing, so walking away after a 100-year history of manufacturing makes no sense.”

Oshawa Assembly, which this year, received a $500 million investment to manufacture the popular Chevy Silverado and GMC Sierra pickups, is a highly efficient operation and the only facility of its kind in North America currently able to build both cars and trucks.

Despite the announcement, Dias says that Unifor will continue to fight for keeping the plant operational. “Oshawa has been in this situation before,” he said, “with no product on the horizon.” He noted that in the past Unifor was “able to successfully make the case for continued operations. We will vigorously fight again to maintain these good-paying jobs.”