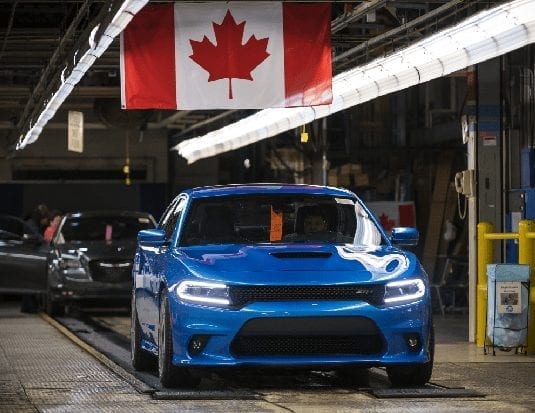 On September 30, a new trade agreement was reached between the governments of Canada, Mexico and the U.S.

On the automotive side, despite threats by the Trump Administration to impose tariffs of 25 percent on vehicles and auto parts manufactured in Canada that are shipped to the U.S., the new agreement has placed no hard limits on automotive exports south of the border.

In essence, the agreement will allow Canada to ship parts and cars tariff exempt to the U.S., though that being said, should the U.S. decide to implement global 232 tariffs on auto parts and vehicles, the Canadian exemption will not apply in that case.

Nevertheless, there appears to be positive views on the Canadian side regarding the automotive aspect of USMCA.

In a statement, Global Automakers of Canada President David Adams said, “the United States-Mexico-Canada Agreement will continue to provide our members—which have a footprint in all three countries—with preferential access to the U.S. market. Importantly, the agreement also provides protection for Canada’s automotive industry from U.S. 232 national security tariffs.”

“Adams also said that “the GAC applauds the dedicated work of Foreign Affairs Minister, Chrystia Freeland and the Canadian negotiating team for working tirelessly to reach this agreement.”

Dias added that, “the threat of capricious auto tariffs has been lifted, stabilizing future investment.”

Unifor said that it also welcomes the maintenance of the Chapter 19 and Canadian cultural protections, as well as improvements to energy and labour regulations.

Before the deal is officially signed in November, Unifor said it will carefully review the language of the agreement on specific issues including dispute resolution mechanisms, media and cultural rules, as well as the supply management system and labour standards.

“Overall it’s encouraging but there are many critical aspects to a trade agreement of this scope so we will be taking a very close look at the text to determine the full impact on Canadian workers and major export industries,” Dias said.