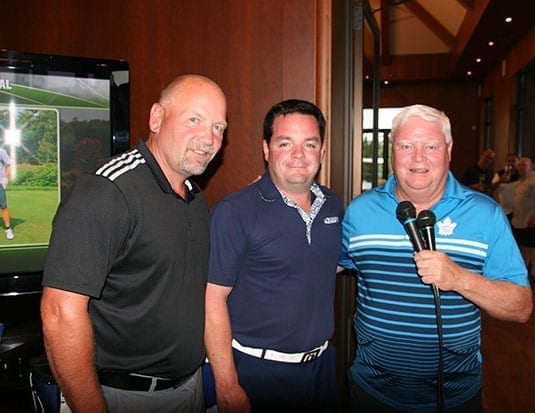 Each year, the Trillium Automobile Dealers Association (TADA) hosts two annual charity golf tournaments. The Northern event, which takes place in August is the second of these two events.

On August 16, automotive dealers, vendors and auto retail related professionals gathered to take part in this year’s TADA Northern Charity Golf Tournament. Taking place at the prestigious Muskoka Bay Club resort, the picturesque setting was also challenging but rewarding especially given the intense hit and lack of wind for most of the day. Other highlights included special guest and former NHL star Wendell Clark, who joined participants out on the course as well as donating a prized hockey jersey and recalling some of the most memorable moments of his career.

Serving as Emcee was Joe Bowen, the “voice of the Toronto Maple Leafs,” who as always provided some very entertaining and anecdotal commentary. Overall, another fabulous day out and a great deal of credit goes to the hardworking team at TADA that made it all happen!