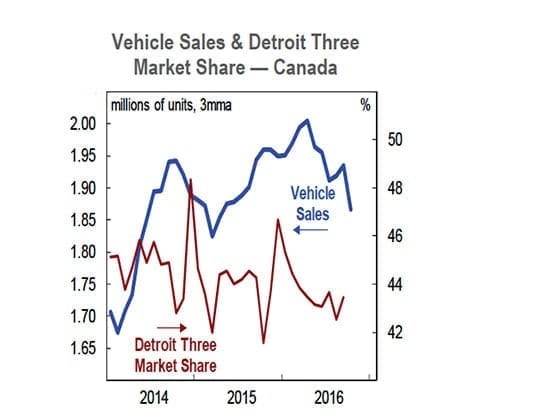 Sales continued on their downward path for the fourth consecutive month and have now dipped below last year’s level. Final results have yet to be tabulated, as two manufacturers have not yet released their sales figures at this time. Reported sales volumes have fallen some 6 % compared to 2015.

The Scotiabank analyst estimates that, at time of publication, annualized sales figures stand at 1.87 million units, their lowest level since May 2015. The general slowdown has affected both light-duty trucks and imports, whose sales have declined for the first time in 42 months. In his opinion, Carlos Gomes believes that the slowdown may only be temporary, as Canadians are in transition, those who are spending are doing so more prudently.