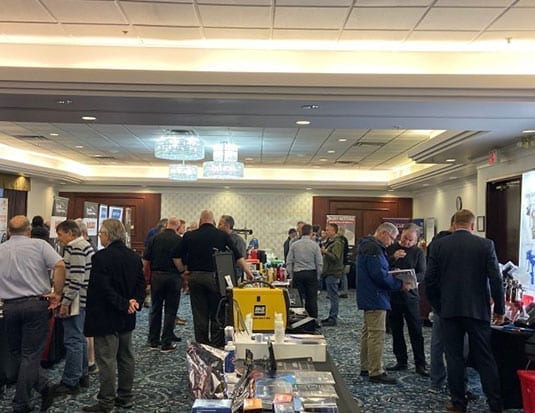 The total guest turnout at the two shows exceeded 150, according to the company. PBE notes in a release that both the shows originally were a long-standing LJ Peters tradition in both the locations, opening up opportunities for customers and suppliers.

This year, the Burnaby tradeshow was held at the Executive Suites Hotel Metro Vancouver. Since a greater number of vendors participated in the event to showcase their products, a larger space was required. PBE Distributors held the Edmonton tradeshow at the LJ Peters Warehouse.

With a two-day turnaround time to conduct the tradeshows at both locations, the staff and vendors had to work quickly. As soon as the Burnaby event was wrapped up, they crossed the Rockies to host the Edmonton event.

PBE Distributors states in a release that the vendors went all out to make the events work for the jobber customers who attended. Several key PBE vendors took part in the tradeshows. Customers were able to see and discuss the latest automotive repair products, equipment and technology being offered by them.

Commenting on both events, Darrin Heise, PBE National Sales Manager, said, “In keeping with LJ Peters tradition, the PBE and LJ Peters staff held two trade shows earlier this month. We had tremendous support from our vendors to put on the shows in Burnaby and two days later in Edmonton.” He added, “I feel the shows were important to show the customers, staff and the vendors and new unified PBE Distributors in western Canada.”