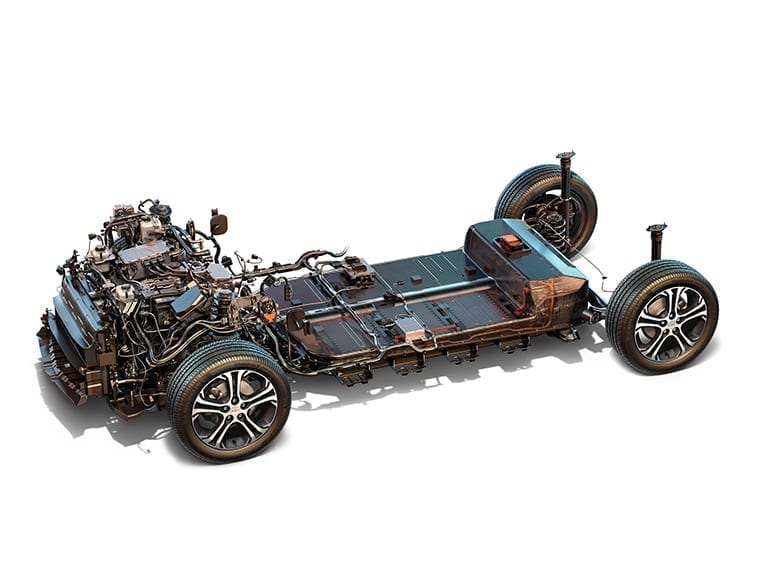 On vehicles like the Chevy Bolt regenerative braking does not work at full battery charge. Photo: General Motors.

As EVs start to reach workshops in larger numbers, how will their braking impact demand for pads, calipers and rotors?

As sales of both battery electric vehicles (BEVs) and plug-in hybrids (PHEVs) are expected to increase, the impact of these vehicles will be increasingly felt in repair shops across Canada.

Brake servicing and replacement is a more familiar task than tending to the needs of high-voltage electric powertrains, but the brake systems on these vehicles have their own characteristics and maintenance demands.

“Expectations will be for components to last longer while performing better, all the while emitting fewer or zero emissions,” says Nicholas Thomas, Braking Product Manager at DRiV Inc., whose brands include Wagner Brake products. “Not just the materials, but the combination of materials and how they work together, will be the biggest challenge,” he says.

“The first thing that you notice about these products is their light weight,” adds Daniel Sandberg, President and CEO of Brembo North America, which supplies OE-replacement pads and rotors to Canadian Tire. “Weight is a big factor in these cars as the OEMs focus on increasing range. A couple of pounds of weight at each corner can mean a decrease in mileage. We believe that our aluminum calipers are substantially lighter than the cast-iron sliders that you typically see on vehicles,” he says.

Sandberg also notes that, “a reduction in residual drag from the pad riding on the disc is also important. We’ve worked for several years, first in the racing arena and now in production-car brakes, to develop special seals that help us to retract the piston and reduce drag.”

EVs and hybrids make extensive use of regenerative braking to slow the vehicle, leading to thinner pad designs, according to Rick Jamieson, CEO, of ABS Friction and Ideal Brake Parts.

“The pad is only used in perhaps the last 5% of braking, or in a situation where there’s a problem,” says Jamieson, who owns a Chevrolet Bolt BEV and a Volt extended range EV. “In addition, the regen will not work if the battery is fully charged. You still need friction brakes to stop the car until the battery energy dissipates if, say, you live on a hill and have a long run down after leaving home with a full charge. This was why Chevy provided Hilltop Reserve mode [to limit battery charge to around 90%].

“The pad formula may also change but brake pads aren’t going away anytime soon because they’re still needed as a failsafe,” he continues. “We make a very sophisticated brake compound for a very low price. There’s nothing cheaper that the car manufacturers can use than the current caliper-rotor method.”

All of our experts highlight that the relative lack of use for EV friction brakes will lead to a new problem: corrosion.

“Although there is less friction wear on a BEV or PHEV, there can be instances of pads experiencing rust jacking and other forms of corrosion since they stay on vehicle so much longer,” says Thomas.

With the spectre of increased corrosion on the horizon, the big question is: how often will EV brakes need to be changed?

“Many people, including some store owners, are making the assumption that the replacement interval will be longer because of lighter use,” says Jamieson. “It could be the case, but there are no assumptions you can make about that because of regional differences. If you’re in the Northeast with salt and grit [in the winter], the front-right wheel that’s in the snowbank will always rust out before the left. That’s totally different to say, Southern California, with no snow, or on the Great Plains. Brine on the road will eat up the calipers, pads and rotors. I believe that as a result, pads will get changed strictly on schedule, every three years or perhaps even sooner. The OEMs will want the thinner pads changed and the calipers lubricated to make sure that they’re safe, not rusted out.”

“We’re finding that in colder climates, the salt, ice and snow is not coming off the brake as easily as it did,” Sandberg reveals. “That’s primarily because you don’t have the heat source, the engine, whose warmth enables a lot of that stuff to melt after you park it in the garage.” 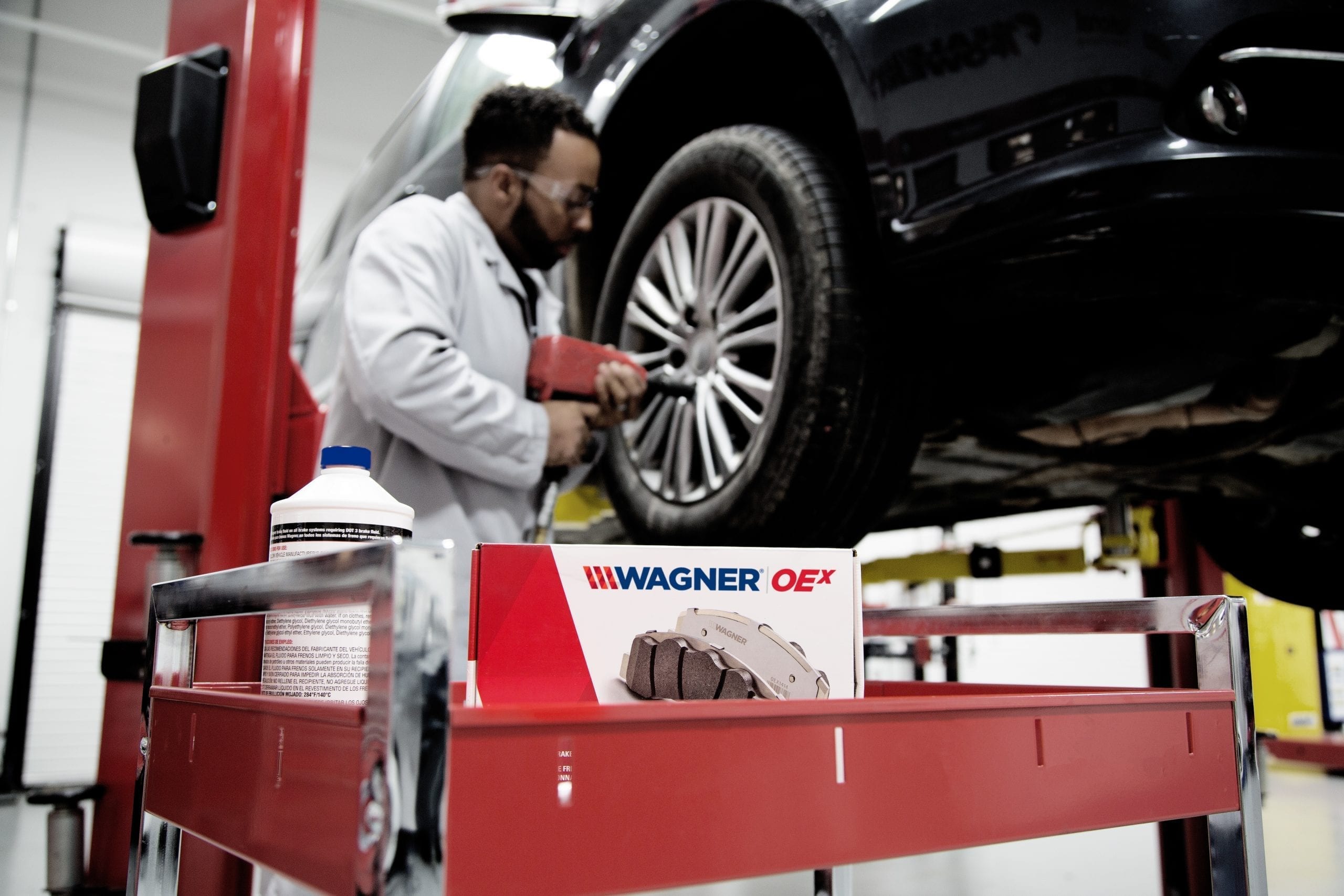 With brakes getting less use on EVs, more frequent inspection is needed to prevent corrosion. Photo: Wagner

“I think a lot of people don’t realize that and are going to have to understand that the car has to be maintained better in the corners. Especially in Northern European countries where there are a lot of electric vehicles, manufacturers are finding corrosion to be prevalent and insisting that customers either go to their dealer or take their car in to get washed several times a month.”

Brembo has introduced non-stick coatings and redesigned its calipers to eliminate areas where ice and snow gets trapped. Likewise, pad manufacturers such as ABS Friction and Wagner are incorporating corrosion protection.

Sandberg speculates that EV brake corrosion could be one of the factors that helps offset a fall in the demand for aftermarket brake parts, as it will be simpler for customers to swap pads out for a new set, rather than chip or soak away calcium or other deposits. Another is the potential for increases in vehicle numbers, utilization and mileage offered by ride-sharing and autonomous technologies.

“We are looking at the replacement intervals very closely,” he concludes. “Because of regeneration, brake systems will definitely last longer and our general feeling is that the aftermarket demand will decline, especially for rotors. Most EV manufacturers are thinking that they will easily get 100,000 miles out of the pads and rotors on these vehicles.” 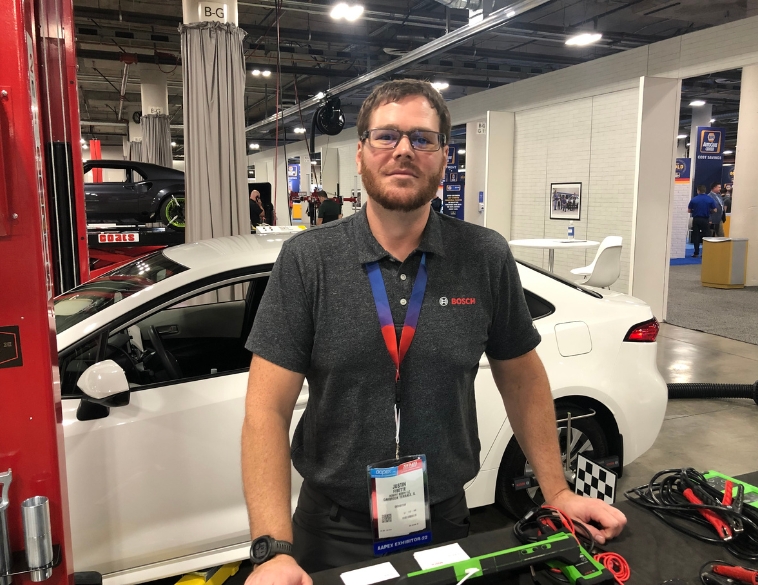