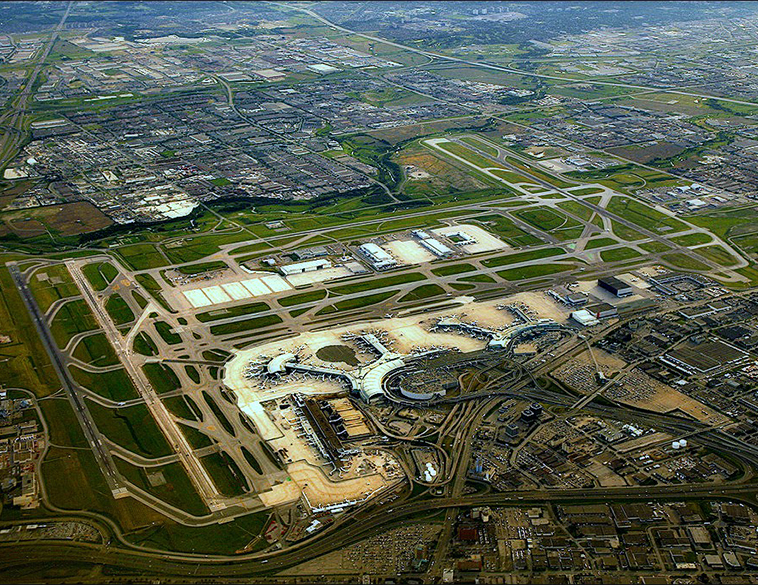 These included several massive developments that will impact economic growth and transportation in the region.

The 10 projects highlighted were:

Among these projects, significant congestion and current infrastructure obstacles within the Greater Toronto Area and around Pearson International Airport are seen as major obstacles to sustained growth in the region, which represents the province’s major economic engine.

With the population of the region expected to swell from 7 million to 10 million within the next two decades, major investment is required to ensure that Ontario’s economy can continue to grow sustainably and responsibly.

For fleet businesses, these major infrastructure projects could have a significant impact on both operations and longer-term profitability.

Currently, a lack of public transit investment and growing traffic congestion in the GTA/Pearson region are having a significant negative impact on economic growth. Although traffic volumes have slowed during the COVID-19 pandemic, they are expected to return to and exceed pre-pandemic levels.

And while current estimates peg traffic congestion in the region to cost around $6 billion annually, without major investment in infrastructure development the costs for businesses, including commercial fleets in the medium to long term could be exorbitant, making for a simply unsustainable environment.

The area around Pearson Airport, known as the AEZ or Airport Economic Zone, is the second biggest employment region in all of Canada and one that boasts a very large number of fleet businesses.

Currently, there are some 330,000 workers employed in the area, which is expected to increase to around 700,000 by 2035. The problem is that nearly all transportation in this area currently operates by road.

This means that 9 out of 10 people in this region travel by vehicle to and from work.

And when you factor that all of the Greater Toronto Area’s highways pass through the AEZ and the abundance of commercial business and vehicles located in the area, as well as other traffic passing through the region, the result is a major bottleneck in terms of lost time and revenue, as well as a major source of air pollution.

According to the Whitepaper, a new transit hub in the AEZ would, by integrating several existing (as well as planned) transit lines into a major multi-modal transport hub, relieve pressure on road transport in the region.

Additionally, by connecting to regional rail lines, including the Union-Pearson Express, as well as the Kitchener GO Transit, plus Light Rail Transit for Finch West and Eglinton Crosstown, as well as Mississauga Bus Rapid Transit links, this hub would provide a major solution for traffic congestion in the area.

Although the project is currently in the very early concept stages and would not likely reach any significant stage of completion before 2030, the long-term potential benefits could be very significant.

Not only could 50,000 to 70,000 new jobs be added as a result of new businesses being set up in the AEZ, but it could also see the equivalent of 43,000 vehicles taken off local roads and boost economic productivity by cutting more than 3 million hours spent annually in traffic jams.

Alongside the Pearson Transportation Hub, the Whitepaper also discusses a Freight Rail Bypass, also known as the Missing Link.

With an estimated cost of $6-$8 billion and a long-term timeframe for completion (around 2040), this new rail link is also designed to relieve road congestion by adding 15-20 km of new freight rail tracks that would separate freight and passenger services.

This would not only expedite service and goods delivery in the region but also enable the creation of new transit links that connect the western and eastern parts of the GTA.

By doing so, these investments have the potential to create not only a robust and sustainable economic hub but one where businesses can thrive due to greater efficiencies in moving people, products and services from one place to another.

“An airport area transit centre can reinforce the competitiveness of the economic powerhouse [of the region] and supercharges both the provincial and national economies,” said Deborah Flint, President & CEO of the Greater Toronto Airport Authority (GTAA).

“Improved transit connectivity in the heart of Canada’s second-largest employment zone will fight climate change, improve access to jobs, and contribute economically in a growing province. We stand alongside leaders and experts from across the region to support the government as they use the transformative power of transit connectivity.”

Tim Hudak, CEO of OREA added, “Lack of transit connectivity and traffic congestion often rank as Ontario’s most challenging economic problem, so we need to address this barrier to economic competitiveness.

“With the infrastructure project proposals in this report, we hope to inspire future generations and generate sustained prosperity for everyone, resulting in strong and vibrant communities across the province.”