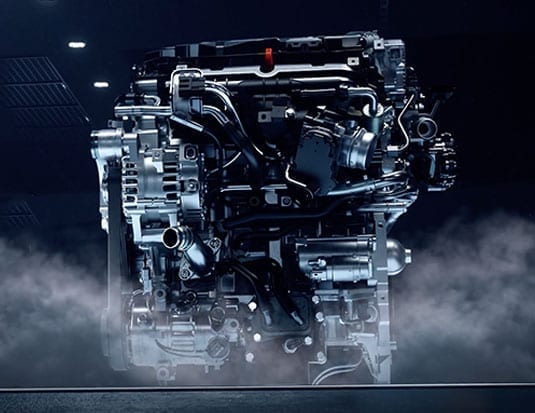 Hyundai Motor Groups new CVVD technology that will be featured in future Hyundai and Kia vehicles delivers both a 4% boost in engine performance and a 5% improvement in fuel efficiency while cutting down emissions by 12%.

“The development of the CVVD technology is a good example how Hyundai Motor Group is strengthening our powertrain technology,” said Albert Biermann, President and Head of Research and Development Division at Hyundai Motor Group. “We will continue our innovation efforts to bring forth paradigm shifts and ensure the sustainability of our business model.”

The CVVD controls the timing of valve opening and closing according to driving conditions, adjusting how long the valve is open. This type of response was not possible in previous variable valve control technologies.

Furthermore, using this CVVD technology to reduce the resistance caused by compression helps to improve fuel efficiency when the vehicle is maintaining a constant speed with low engine output. On the other hand, with high engine output, the intake valve is closed at the beginning of the compression stroke to maximize the amount of air used for the explosion, which, in turn, enhances the torque to improve acceleration.

The new Smartstream G1.6 T-GDi Engine, a four-cylinder gasoline turbo unit with 180 horsepower and 27.0 kgm of torque, was unveiled alongside the CVVD technology and features Low-Pressure Exhaust Gas Recirculation (LP EGR) to optimize fuel efficiency and increase productivity under the high load condition.

The new unit also has an Integrated Thermal Management System that quickly heats or cools the engine to an optimal temperature and a strong direct spray system that achieves 350 bar. Engine friction is also reduced by 34% with the applications of low-friction moving parts.

The Smartstream G1.6 T-GDi Engine will be applied in the Hyundai Sonata Turbo, which is set to be introduced in the second half of this year.