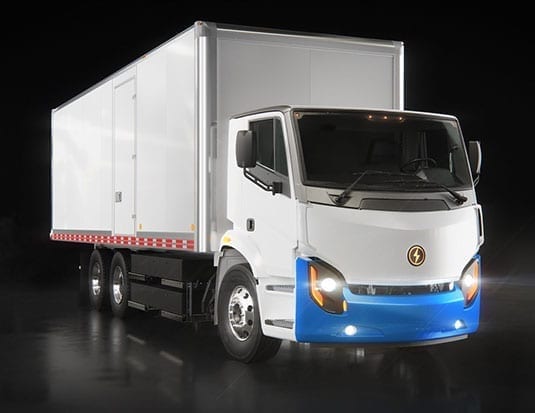 The Lion8 was unveiled by Lion’s ambassador, NFL football player for the Kansas City Chiefs, and President of his own foundation, Laurent Duvernay-Tardif. Some other people who were attending the launch were industry and market leaders; the Minister of Economy and Innovation, Pierre Fitzgibbon; Minister of the Environment and the Fight Against Climate Change; Benoit Charette; and Minister Responsible for the Laurentides Region, Sylvie D’Amours,

The Lion8 is manufactured to provide a zero-emissions solution to combat the 40% of greenhouse gas (GHG) emissions in Quebec, which come from transportation, specifically heavy-duty vehicles. Boasting an all-electric structure that not only eliminates noise pollution but reduces energy cost by 80%, the car delivers 400 km of range on a single charge, optimum visibility, and unparalleled turning radius, enhancing the overall driving experience to be safe, enjoyable, and incomparable.

Benoit Charette, Minister of the Environment and the Fight Against Climate Change said, “Transportation electrification is part of a solution package to reduce greenhouse gas emissions, develop our economy, and create permanent, sustainable jobs. It is with the help of innovative and pioneering companies like the Lion Electric Co. that Quebec continues to transition to a low-carbon future. Our government will continue to promote this promising industry as part of its efforts in the fight against climate change.”

With an additional 60% reduction in operation costs, due to requiring very little maintenance, the Lion8 comes with a low total cost of ownership. The truck also uses an oil-free operation, with very few moving parts, and supports brakes that last longer thanks to a regenerative braking system. Custom-built and engineered in Quebec, the Lion8 is designed to withstand North American weather and road conditions.

The Lion8 was funded by the Quebec Government to develop this innovative technology as part of the 2013-2020 Climate Change Action Plan, whose budget is derived from the Green Fund.

“The government is pleased to have contributed $8.6 million to the success of this promising initiative and to have contributed to the electrification of transportation in Quebec. We are proud to prioritize greenhouse reduction projects in Quebec,” added Pierre Fitzgibbon, Minister of Economy and Innovation, and Minister Responsible for the Lanaudière Region.

The company already has orders and committed buyers lined up, and with its commercialization this fall, the first vehicle will be delivered to Société des Alcools du Québec (SAQ).

“SAQ is proud to be the first company that will operate innovative vehicles on our roads. This purchase is completely in line with our transportation sustainable development plan that aims to reduce greenhouse gases,” said Édith Walcott, Manager for SAQ’s Montreal and Quebec City Distribution Centers.