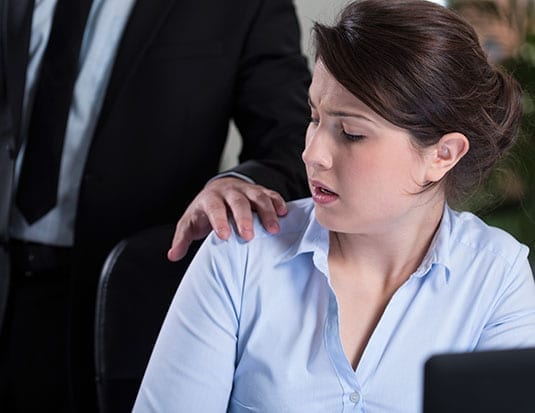 How to prevent inappropriate behaviour in the workplace.

As amply illustrated by the ubiquitous appearance of sexual harassment issues in the news over the last few months, even the mildest incidents can poison a work environment.

As in most matters, prevention is better than scrambling for a cure, and the first step is doing whatever you can to help create an environment that encourages transparency, and prioritizes employee safety and security. Staff members should feel like they can tell a harasser to knock it off without repercussions, and if the behaviour doesn’t stop, they should be comfortable talking to human resources if they aren’t comfortable talking to their immediate supervisor.

Regularly communicating to staff that sexual harassment—whose legal definition will vary from province to province though it can take many forms including crude language, inappropriate comments about someone’s appearance or obscene gestures, not just physical harassment or requests for sex—will not be tolerated, is the first step.

Remember that it’s not only women who are sexually harassed; Psychology Today, in 2015, reported survey findings that indicated about one-third of all working men said they’d experienced at least one form of sexual harassment in the previous year, and the U.S. Equal Employment Opportunity Commission in 2013 said nearly 18 percent of all sexual harassment charges were filed by men. Sexual harassment can be gender-neutral, too. Make it clear that harassing behaviour will not be tolerated, no matter who’s involved.

Even if your position involves managing solely cars and not people, as a manager you’re responsible for reporting any alleged incidents of which you gain knowledge to the appropriate corporate official.

If word gets out and you find yourself with a consumer-facing PR problem to deal with, you have to protect your company culture as well as its conscience. Even if it’s not your job to talk to the media or release public statements, you may find yourself on the receiving end of some uncomfortable questions. Just be real, says Ruth Atherley, a PR expert and crisis communicator with AHA Creative Strategies in Vancouver. Being genuine doesn’t mean you have to give lengthy, detailed answers.

“You have to be accountable, but not necessarily responsible,” Atherley says. You could simply say that like all your company’s managers, you’re committed to ensuring the well-being of all employees and that while you can’t comment on the matter, “this is who we are as a company.”

If a claim is made and word gets out internally, Atherley recommends the same sort of approach. “Employee safety is first and foremost,” she says. “If you act like a human being, people understand. ‘Here’s what we’re doing to make this moment better right now, but we need time. We’ll get back to you.’” Plain language that is concerned and compassionate is always appropriate.

It’s not just Hollywood that has been rocked by sexual harassment claims; the trucking industry has withstood its own barrage. In one high-profile example last spring, an Iowa federal judge certified two classes of female truck drivers in a case against CRST Expedited, the largest team carrier in the U.S. The decision certified a hostile work environment in spite of the class members not sharing a workspace, and the drivers in the case not having been harassed by the same individuals, nor sharing a supervisor.

Even if it seems unlikely you’ll ever have to deal with the matter yourself, the proliferation of instant-response digital media and a paradigm shift in the way we view workplace harassment today mean it should at least be on your radar.