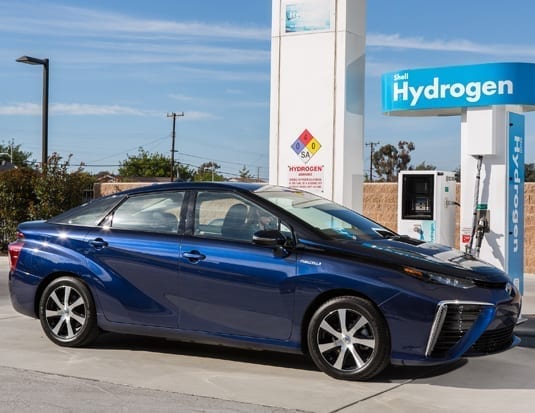 Toyota Motor North America will build the world’s first megawatt-scale carbonate fuel cell power generation plant with a hydrogen fueling station to support its operations at the Port of Long Beach. The facility will use bio-waste sourced from California agricultural waste to generate water, electricity and hydrogen.

When it comes online in 2020, it will generate approximately 2.35 megawatts of electricity and 1.2 tons of hydrogen per day, enough to power the equivalent of about 2,350 average-sized homes and meet the daily driving needs of nearly 1,500 vehicles.

In addition to serving as a key proof-of-concept for 100% renewable, local hydrogen generation at scale, the facility will supply all Toyota fuel cell vehicles moving through the Port, including new deliveries of the Mirai sedan and Toyota’s Heavy Duty hydrogen fuel cell class 8 truck.

To support these refueling operations, Toyota has also built one of the largest hydrogen fueling stations in the world on-site with the help of Air Liquide.