ARI Named “Employer of the Year” 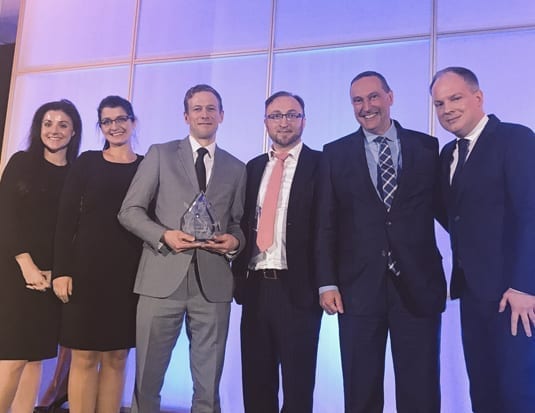 ARI employs over 200 staff members locally and previously won this award in 2013.

ARI has been named “Employer of the Year” at the Business Awards of Excellence ceremony hosted by the Mississauga Board of Trade. These awards honour the efforts of Mississauga Businesses and individuals whose achievements and community involvement have made significant contributions to the economic and social well-being of the City of Mississauga.

“We are delighted to receive this award,” said Rick Tousaw, Senior VP & General Manager of ARI Canada. “Being named Employer of the Year in Mississauga highlights to our neighbours and to the local community something we have long known, that ARI is a great place to work and build a career. We strive to foster a workplace that is supportive, collaborative and based around a culture of family. At ARI, we invest in our people’s development and well-being, because at the end of the day, our success as a business is the direct result of their hard work and dedication.”