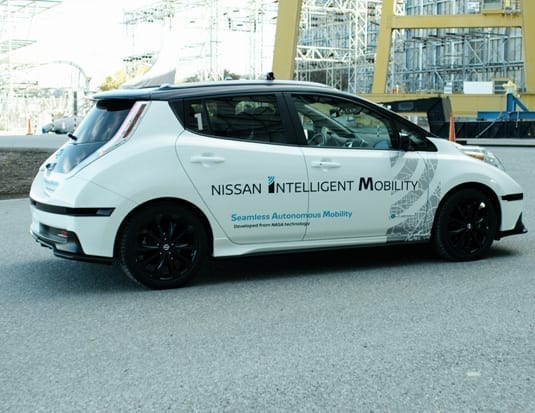 Nissan shares vision of autonomous vehicles with lawmakers in the U.S.

Nissan recently hosted a forum that explored the future of autonomous vehicles. The event, held in Washington, D.C., gave lawmakers, regulators and other U.S. government officials a close look at how Nissan is taking on the challenge of engineering automated drive technologies.

Andy Christensen, Senior Manager, Nissan Technical Center North America in Michigan, explained that Nissan’s approach is not to simply replace the driver in an automated vehicle. Instead, Nissan wants to enhance the driver’s experience by introducing technologies that make cars more intelligent and more exciting partners.

“Someday, when drivers want, the technology will be available to do the driving task for them,” said Christensen. “But at Nissan, we see the driver remaining engaged and integral well into the future.”

As technology begins to take on the complicated task of driving, today’s driver will first experience systems assisting them while they remain in full control.

“With continued advances in sensor and processing technology, more of the driving task will eventually be able to transfer from the driver to the system and ultimately allow the driver to do something other than drive the vehicle,” said Christensen.