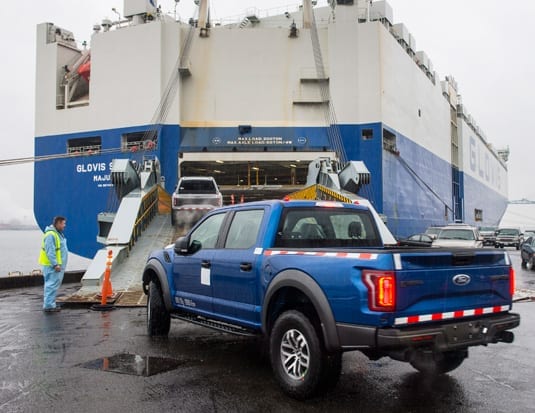 Ford has started shipping its all-new 2017 F-150 Raptor to customers in China, marking the first time any U.S.-built F-Series truck has been officially exported to China.

“Ford is one of America’s top exporters, and F-150 Raptor’s appeal and unmatched off-road performance has earned the truck a loyal following around the globe,” said Joe Hinrichs, Ford President, The Americas. “Export to China enables us to bring a new group of enthusiasts into the Ford family.”