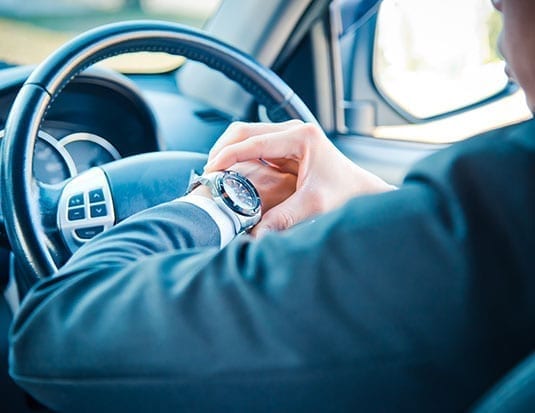 Under Canada’s Motor Vehicle Safety Act (MVSA) automobile companies must issue a notice of defect (recall) when they become aware of a defect that affects or is likely to affect safety.

But that doesn’t mean that all safety recalls are completed in a timely fashion, or that all the vehicles even get fixed at some point.

“I don’t think there are any (manufacturer) sanctions for non-fixed cars,” says George Iny, President of the Automobile Protection Association (APA). “We’ve seen [some manufacturers’] cars waiting for over a year for parts. The completion rate for those cars is zero because there are no parts. I’ve never heard of (manufacturers) being penalized.”

Vehicle owner obligations
So the onus of getting the recalls completed, once the notice is delivered, more or less falls to the owners of those vehicles. But owners of the vehicles with recalls are not penalized either, when recalls are not done during their ownership tenure.

“The MVSA does not have authority over the actions of individual vehicle owners,” writes Melany Gauvin, a spokesperson with Transport Canada. She adds the MVSA regulates the manufacture and importation of motor vehicles, “but it does not govern the actions of rental car companies or agencies, or obligate them to have recall repairs done.” You can also throw in fleets and dealers into that vehicle owner group, which are not obliged to have recall repairs done.

Legal implications
George Iny of the APA believes the acceptance this country has for less than 100 percent recall completion, evolved from “bad habits” that are hard to shake, out of date laws, and a less litigious Canadian environment.

Conceivably someone or some company could be held liable about an open recall, in a property damage or personal casualty lawsuit. But since vehicles are always covered by insurance, insurance companies are not prone to sue if it’s just the cost of a vehicle at stake. Iny notes, however, that when a vehicle is implicated in significant property damage, say when a vehicle fire spreads to buildings, then insurance companies could be moved to investigating, and potentially suing other parties, including car owners and car companies.

But Iny adds that since we see cases like that so infrequently, and that the chances are so slim for determining that an open safety recall was the cause of the damage, the legal spectre surrounding uncompleted recalls remains very low to owners, fleets, and dealers.

Of course, one big reason owners and/or businesses may not get a recall completed during their tenure with the vehicle, is lack of parts. Such is the case with the Takata air bag recall.

Fleet safety tips
Even if there were legislative forces to get manufacturers and fleets to complete recalls, the safety of fleet drivers is more than enough reason for fleet managers to get recalls done, and done as quickly as possible. Large, full-service fleet and leasing companies, like Element, have processes in place to make sure fleet clients get recall notices.

“If a recall would come into Element, it is logged into a recall database,” says Bill Jones, Director, Product Management, Element Fleet Management. “Within a couple of days, we forward it to the designated contact, be it a fleet manager, a branch manager, or driver of record… Most are going to the driver of record.”

Element recommends drivers call ahead, before going directly to the dealership. “Because of the high number of recalls, parts might not be ready for everyone, and sometimes parts are made available in stages,” notes Eric Strom, Product Manager, Element Fleet Management. “It just makes sense to call ahead and arrange an appointment … and have the VIN ready.”

Recall feeds are also sent to Element’s managed maintenance operations, so when a fleet driver contacts a shop for any service request, an alert is produced, notifying both the shop and driver of an open recall.

Element clients can also log into the company’s recall database, to run a report that will identify fleet vehicles with open recalls. According to Jones, Element receives recall notices directly from the manufacturers, and from CarFax.

But if your fleet management company doesn’t have this capability, and/or you’re a smaller fleet without a fleet management partner, there is still no excuse to be unaware of recalls on vehicles under your control.

Lessees should receive recall notices, but if not, check the Transport Canada database.

Although this database is not VIN specific, it can give you a heads up in terms of makes and models affected. Several Canadian automakers now have the capability on their websites to search for open recalls by VIN.

Jones also recommends leaning on your factory fleet rep from GM, Ford, FCA, etc. Michael Cole, team lead for fleet services at Ontario’s MTO fleet, notes that one of its fleet coordinators is specifically charged with monitoring recalls. Adds Cole: “We have worked with our fleet manager partner to develop a proactive alert, that we have for the most part tied to our Preventative Maintenance (PM) program.”

Often it is a challenge to get fleet drivers on busy schedules to actually get the recall repairs completed. “Just tell your driver that he or she has an open safety recall and they need to get the vehicle to a dealership…

Don’t go into specifics of the recall,” says Element’s Strom. He adds that this eliminates drivers deciding on their own, to forgo recall repairs that they perceive are not too critical. “We don’t want them cherry picking.”

Here in Canada, the UCDA appears to be the only auto retail entity that has made
any move regarding the retailing of vehicles with open recalls.

“What we suggested to our members, and what we’ve pre-printed on the bills of sale
that we produce for our members, is a clause, that recommends to the purchaser,
that they register the vehicle with the manufacturer, so that manufacturer can notify
them of any current or future recall,” says Warren Barnard, Executive Director of
the Used Car Dealers’ Association of Canada (UCDA).